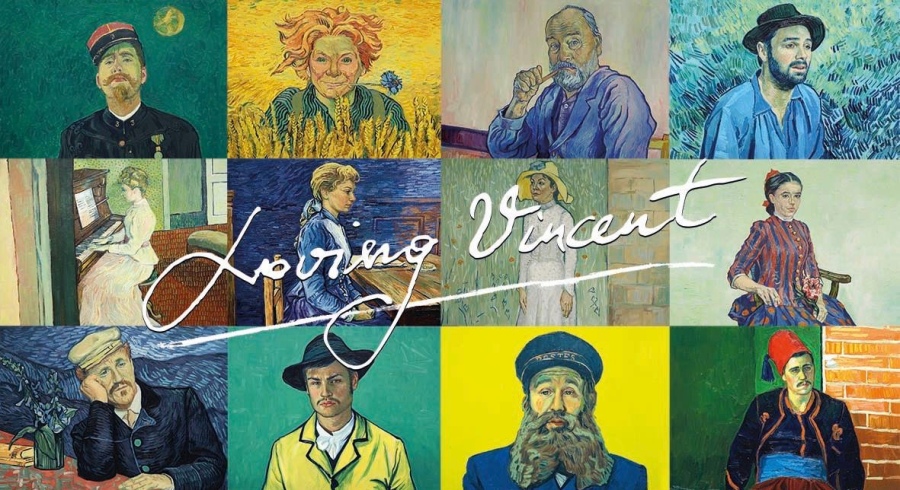 I voraciously seek out any and all innovatively-designed animated movies, especially those that deviate as much as possible from the customary 3-D block-graphics popularized by Pixar, Dreamworks, Disney, Sony, etc. Given the inextricable relationship between content and form, if artists change the form that these stories take, it will open up vastly different worlds of content, desperately needed in the increasingly-tired animated sector (as I previously detailed here).

That’s why I was so excited to see Loving Vincent, which promised to tell a tale related to Van Gogh — the Vincent of the title — utilizing entirely hand-drawn animation that looks like his famed oil canvasses. Unfortunately, running contrary to my aforementioned form dictating content theory, it’s saddled with a gruelingly formulaic narrative structure, one that mirrors detective yarn without the intrigue. Portions of Van Gogh’s life are stultifyingly chronicled through flashbacks triggered by the snooping of Douglas Booth – an-early-career-Johnny-Depp-lookalike-lite – with stilted acting and static writing, wasting the otherwise talented cast and dynamic imagery.

Yet even though it looks pretty on the colorful surface thanks to the painstakingly unconventional animation, the actual cinematography – namely the shot composition and camera movement – is boringly bland, like a poor man’s version of Richard Linklater’s Waking Life and A Scanner Darkly. To illuminate the core difference between each’s quality, it’s helpful to ponder how well they’d play as normal live-action flicks, without their animation. A key element would of course be lost, but Waking Life and A Scanner Darkly would still work due to the strength of Linklater’s filmmaking that transcends the novel look. Loving Vincent, on the other hand, would become just another boring biopic, losing all of its appeal.

Whereas Linklater’s were actually well-made movies whose wild styles enhanced their substance by the two being inextricably linked, Loving Vincent’s style is too detached from its story’s substance. The connection between the animation and Van Gogh’s work is obvious, and though the argument could be made that the creators wanted the audience to see his world in the same way he saw and subsequently painted it, the story structure is still too straightforward to have been sufficiently influenced by the stylized animation, making Loving Vincent visually striking but intellectually and emotionally unengaging.