Besides The Weeknd’s My Dear Melancholy — which I wrote about here — it’s been a subpar week in music. As always, the following albums are ranked in order of my personal preference:

She’s still got it, baby! One component of that ‘it’: she understands deep in her  chords how to use her voice much like an instrument; its vocal fluctuations stylishly ooze sultry swag. The album also contains the classiest expression of the acronymed sentiment FOH of all time (for all you geriatric folks — hi, Mom! — FOH = Fuck Outta Here). I want to note the deep house influence on some of the producing here, but I feel like there’s long been crossover between that genre and R&B.

While so many of other DJs boringly zigged into tried, true, and tired formulas, Diplo avoided that trap by musically zagging away from the norm, partially thanks to his inventive collaborations with a diverse range of unexpected artists, à la the litany of guests on this six-song EP.

Tiesto still doing Tiesto things. It’s hard to hate, and not only because it brings me back to my college rage days. He’s found a way to merge his signature sound with the big-room craze sweeping radio and streaming stations across the country. In no way could these four songs be mistaken for his early work, but at least they bear hints of his trance origins. In doing so, he retains more of his artistic dignity than certain other sell-out DJs — cough David Guetta cough — and I don’t just mean that they now sell out arenas (even though they do). Rather, they sold their  sound to the money devil, pandering to the masses by churning out derivative, lowest common denominator bullshit. On a different note, the title “Coming Home” should be retired; songwriters have come home enough by now.

The World is Yours — Rich the Kid

Come for “Plug Walk”, stay for the gaggle of ginormous guests, all of whom outclass Rich the Kid at every turn. A catch-22: including such illustrious features will obviously increase the number of people who listen to his album, but they also draw attention to his inferior rap compared to his superior famous friends. With that being said, none of the other producing can match the beat of “Plug Walk”, one of the few lone outings here that’s actually enjoyable.

Basically a new Future album, except this one’s spearheaded by his longtime DJ. Since Future’s my single most overrated rapper today, you can probably guess how I feel about this collection. Literally only the most brilliant rapper alive has figured out how to make Future listenable. 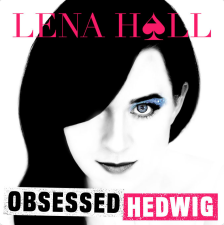 Basically just acoustic versions of various songs from the musical Hedwig and the Angry Inch. Her impressive vocalizations deserve to be recorded for posterity (she’s played both parts on Broadway, but a soundtrack was never released for her stint in the title role), but I do wish she had experimented a bit more musically.

He ain’t much without Chance

Yawn. I generally like her R&B style, but not when it’s this perfunctory. 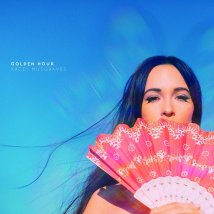 Still yawning. I generally like her country style, but not when the lyrics and the sentiments they express are this pedestrian. 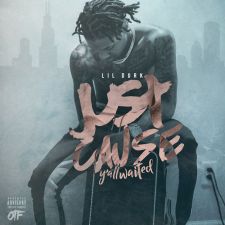