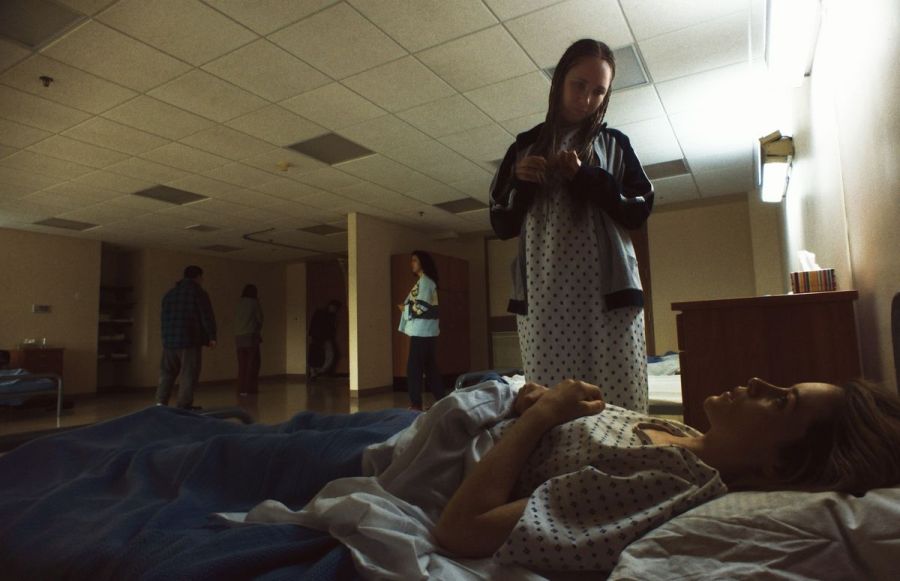 In case yesterday’s esotericism didn’t make this clear, let me state simply for the record:  Steven Soderbergh’s Unsane is my favorite movie of 2018 thus far.

If a piece of art inspires me to descend down such a pedantic rabbit hole, it’ll probably become one of my favorite works of any given year.

To celebrate this daring cinematic feat, I’ve decided to dedicate two distinct posts to emphasize how many different elements of the movie can and deserve to be dissected.

The first post discussed Unsane’s depiction of reality’s surreality, so now it’s time to focus on Soderbergh’s team of helpers in bringing this surreal reality to life: the cast, full of otherworldly actors, both in quality and temperament — they truly feel otherworldly, an otherworldly skill.

It doesn’t seem to be a coincidence that so many members of the stylistically uniform — and uniformly excellent — ensemble have dabbled in the live performance of theatre in the past. Whereas most film actors are trained to excel at the sort of naturalistic acting prized in most movies nowadays, theatre actors are commonly comfortable in different registers of performance styles. There’s just an inherent theatricality to acting on a stage, differentiating the reality of the stage and the reality of the audience’s reality only a few feet past the lip of the stage. Since cameras are associated with documenting reality, screen actors often prioritize documentary realism in their approaches.

But since Unsane strives to create a different sort of reality, the acting needed to reflect this difference. And much of the cast probably relied on their theatre training, led by Claire Foy in one of my favorite performances of the year thus far.

Regular patrons of the New York theatre scene — specifically the off-Broadway variety — will recognize a handful of familiar faces, including Myra Lucretia Taylor (the salt of the Earth), Will Brill, and Marc Kudisch. Some thoughts regarding those last two:

Why doesn’t my guy Will Brill work more? He was brilliant in both the most recent Broadway revival of You Can’t Take It With You, and 2016’s perverse horror film The Eyes of My Mother. Yet here he’s basically a glorified extra almost exclusively in the background (granted, many thespians would do anything to work with Soderbegh, regardless of the part’s size). Maybe he’s auditioning for roles of all kinds to no avail, but I can’t imagine plays wouldn’t be jumping at the chance to cast him…which makes me believe that he’s the one who’d rather work on screen…which makes me sad. COME BACK TO US, BILLY!

And dear casting directors: I know Marc Kudisch plays the creep perfectly (three examples: Unsane, this season’s revival of Suzan-Lori Parks’ Fucking A at New York’s Signature Theatre, and the Broadway production of Hand to God, just to name a few). But I swear his range includes more archetypes than just than one. 12 years later I still remember his heartwarming turn as the title role in Zorba, courtesy of the now-defunct — but soon to be revived — Reprise!, a theatre company in Los Angeles. AND I WAS FREAKING 15 YEARS OLD WHEN I SAW IT!!!

Hopefully Soderbergh continues to cast them all for years to come…