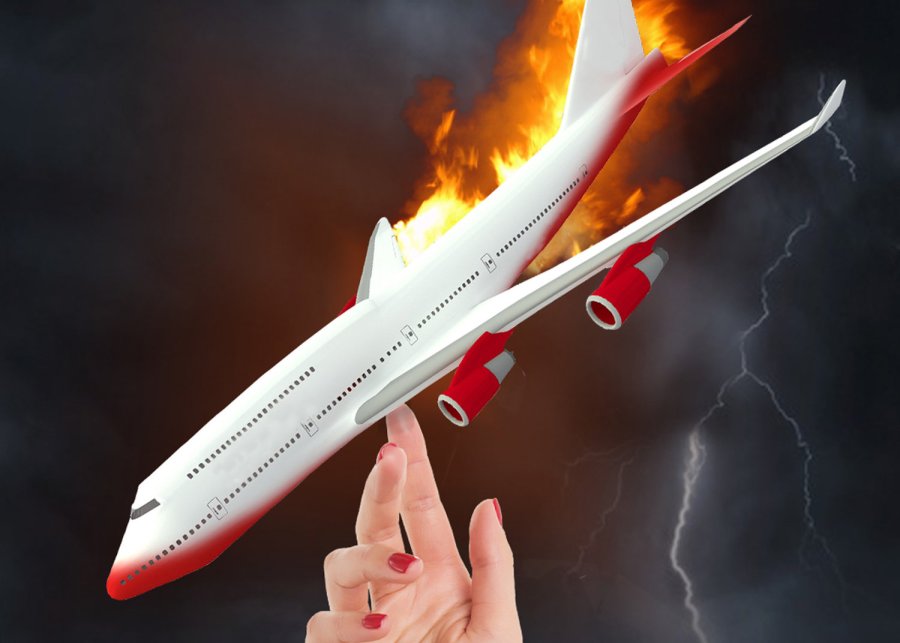 When I saw Bonnie’s Last Flight at Next Door @ New York Theatre Workshop, I found its comedic barbs lobbed at flying the friendly skies rather refreshing, a no-brainer given the percentage of theatre audiences surely familiar with the subject.

The routines we’ve grown accustomed to while aboard floating metal contraption are, admittedly, pretty freaking weird, so much so that dialing up their absurdity to a comic register requires little invention. And yet, Eliza Bent’s play, like the best comedies, taps into the profundity of this collective lunacy.

Or, should I say, Airplane! humor.

It’s almost like this bonafide classic cornered the market, scaring off others from treading similar ground…er…clouds? Knockoffs like Soul Plane spring to mind, but otherwise, offerings are scant, particularly on the stage.

Though Eat the Devil sets its initial sights upwards, the play ultimately concerns life online, particularly the #Content that drives digital societies — and commerce — nowadays, and how the viral-seeking performativity of this outrage-generating conspiracy machine distorts, exploits, sensationalizes, and directly influences reality far beyond the 1s and 0s whizzing between satellites above our heads (the title subtly suggests that the Internet makes all of us consume the worst of us: thus, we’re eating the devil). Nick Flint’s production of Nadja Leonhard-Hooper and Dan Nuxoll’s text, which includes a a cast uniformly game for the shenanigans called for, aims at weighty issues with a light touch that reveals the insanity at their core without minimizing the importance of their destructive potential.

Taken all together, however, Eat the Devil is less a full play, and more a series of sociopolitically-minded skits revolving around these concepts. It owes a debt to the uncontrolled tradition of Charles Ludlam, borrowing his Ridiculous Theatre Company’s general sketchnette structure, comedic stylings, handmade aesthetic, and, yes, its titular theatrical ridiculousness. Sometimes, Eat the Devil penetrates the surface of its myriad focuses, probing their compelling dimensions — can the wiring of our brains observe this interweb material without inheriting some of its damaging perspectives?

But most times, its lampooning of the modern media moment feels even easier than aircraft laughs; when superficial mocking of obvious targets fails to deliver overflowing yucks, the result can seem borderline cheap.