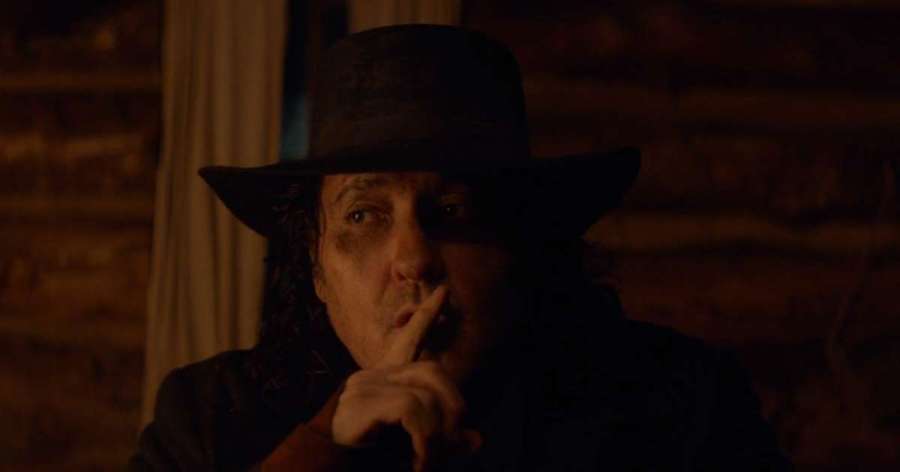 Deal-with-the-devil capitalism is as baked in the soil of American mythology as the Olde West — this nation ain’t moral enough for the both of justice and capitalism. Oh, and on a more serious note: JOHN FUCKING CUSACK!!! In the March Western sweepstakes: Never Grow Old > The Kid — replace the former’s wooden sheriff with Ethan Hawke’s, and we’d have ourselves a goddamn movie.

Combat Obscura
An anti-war, found-footage horror documentary at the intersection of where the military-industrial complex breeds and feeds off the toxic masculinity of frat-bro culture, a reinforcement cycle that A) infects how the marines treat the local terrain, locals included, B) defines the brotherhood amongst this band of brothers; boys will be boys will lead to war, and C) structures the ordered chaos of on-the-ground operations.

The Eyes of Orson Welles
A meanderingly-overwrought scholarly video essay in desperate need of a judicious editor. To borrow a sentiment writer/director/cinematographer/primary-voiceoverer Mark Cousins uses to describe a piece of Orson Welles’ work: “More of an illustrated lecture than a documentary.” Indeed, The Eyes of Orson Welles is more like a director’s commentary conducted by a critic, and the “movie” being dissected is the overlap between Welles’ life and images from his oeuvre. Channeling his subject, Cousins puts himself into his (self?)-aggrandizing cinematic ode, without the former’s invention. Though it’s atypical for a documentarian’s non-familial relationship to their focus to be so palpable, a passion almost embedded into the movie — we can always feel the magnitude of Cousins’ personal connection to Welles — this distinction from the norm insufficiently masks the conventionality of the biographical structure (at least it’s not strictly chronological).