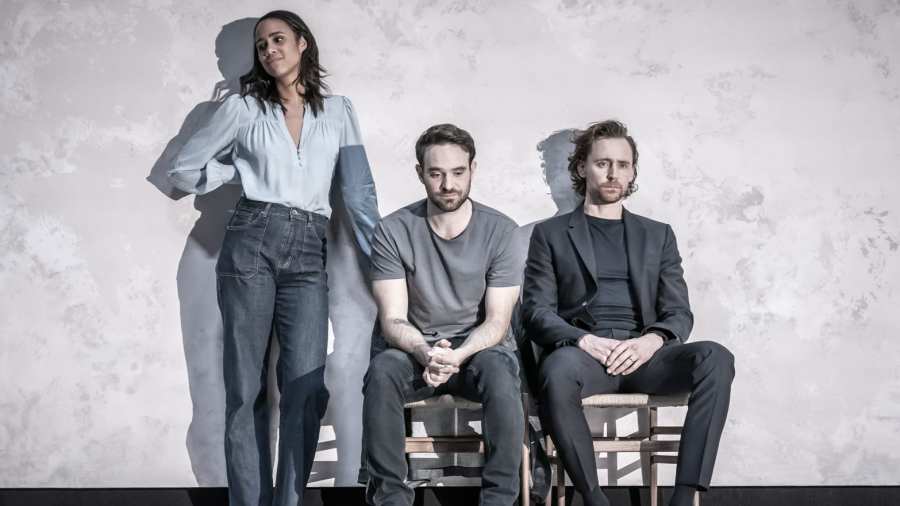 To continue — and to further complicate (hopefully) — Monday’s conversation concerning the treatment of morality in Harold Pinter’s Betrayal and Quentin Tarantino’s Once Upon a Time … in Hollywood:

Audiences hungry to separate “good” characters from the “bad” have their work cut out for them in a Pinter play. To quasi-quote myself (lol) from two days ago: his characters love to lie to alter their company’s understanding of the truth, a power move rooted in the notion that those who verbally dictate the truth tend to be the ones in charge. As such, just because a character says something happened does not mean it actually happened, yet another impediment to formulating clear moral judgements (granted, fabricating beating your wife speaks volumes regarding your person, no matter the validity of the claim).

Though some viewers want art to simplify the chaotic complexity of “real” life, Pinter ensures their relationship to his work mirrors their relationship to what they observe offstage. Stuck in our confined corporeality, humans cannot achieve an omniscient perspective on what we feel inclined to judge. As such, our opinions of our external surroundings are inherently imperfect, restricted from knowing the full stories behind what we observe that may change our current stances.

Quentin Tarantino makes a similar case in his Once Upon a Time … in Hollywood, applying Pinter’s belief in the limitations of human knowledge to those who try to glean truth out of the illusory world of Hollywood, specifically in regards to morally adjudicating its major players. There’s a reason Pitt’s murderous deeds are couched in rumor, a reminder that in a land famous for blurring the line between fact and fiction, gossip that passes itself off as the former can just as easily prove to be the latter, and we have no way to detect for sure which is which (another scene that emphasizes a lot of these arguments: Damian Lewis’ seemingly random cameo-monologue as Steve McQueen, explaining Sharon Tate’s love triangle; the city of angels is all about “he-said, she-said”).

And since even Pitt’s nearest and dearest are left in the dark, how can we from our faraway vantage point possibly locate the truth? It would require a time machine, which might be why Tarantino contextualizes the crime in question as a flashback being recollected by Pitt — unreliable narration by an unreliable narrator. In the immortal words of Tennessee Williams’ The Glass Menagerie: “Isn’t it funny what tricks your memory plays?” How he remembers the incident may not be how it actually went down. So if we can’t confirm the truth through a quasi-supernatural Hollywood device not attainable offscreen, then how can we even begin to scale this epistemological nightmare in our everyday existence?

Audiences obsessed with figuring out the “did he or didn’t he?” in Betrayal and Once Upon a Time … in Hollywood may miss their larger ideas. Rather than trying to classify  characters and their actions with ethical thumbs up or thumbs down, what if we strive not to condone nor to condemn, but to contemplate? Instead of judging what we see, what if we consider why we’re seeing it in the manner expressed?