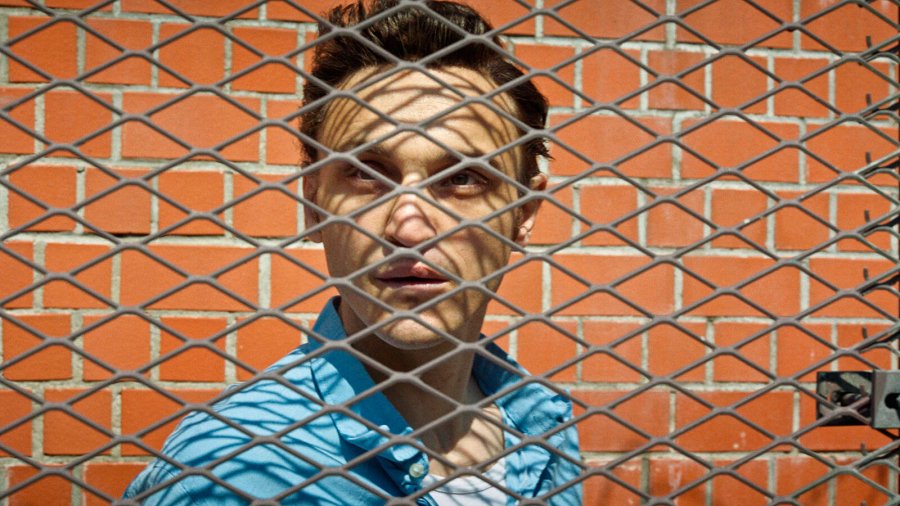 Where were you when the title card dropped?

The customary arrangement: title cards appear around the opening or closing credits, proclaiming a framework for what we’re about to watch / have just watched. Though this choice between the start or finish might bear some meaning, placing a title card somewhere in the middle can’t help but draw attention to itself — like all deliberate breaks from convention.

For instance: the new movie Great Freedom. We see the title card — which doubles as the marquee for an underground gay bar / sex club — at the exact moment the main character gains his great freedom. And not only from jail; when a law outlawing homosexuality is repealed — the original cause of his imprisonment — he becomes free to declare publicly the truth of his sexual identity, AKA his true identity, AKA his truth.

And what else is a title besides a public declaration of the art’s identity? When he’s finally allowed to define himself to the world, the movie defines itself — through the title card — to the audience.

I’m probably not the only one who expected the credits to roll immediately afterwards. But there’s more! A coda, or denouement, because freedom is merely the first step towards self-actualization; now, he must navigate the world that this freedom opens up to him, a world that’s radically changed since he last stepped foot in society. His old bars have been replaced with this new gay bar, with its underground sex in plain sight for all to witness. He faces acclimating to codes and environments that he’s unaccustomed to, which took shape in his absence. He emerges from the darkness of prison only to be met by the dark unknowns of great freedom.

His newfound title may be free, but discovering the shape his greatness will take is a challenge still to come; the end of one story is the beginning of the next.