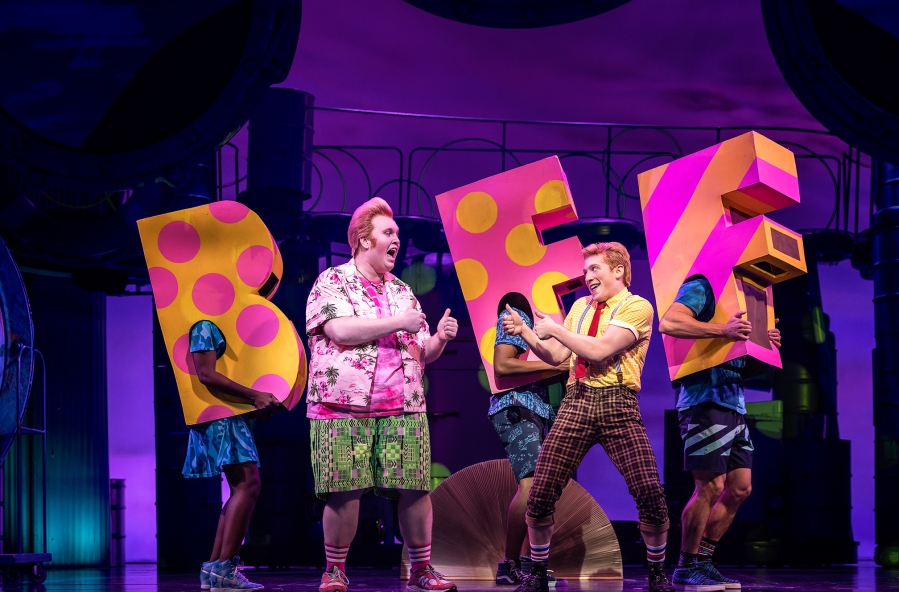 Sometimes fascinating failures inspire more thoughts to explore than straightforward successes. Such is the case for the SpongeBob SquarePants Broadway musical, a show that indirectly touches upon a wide range of subjects regarding the state of theatre (and other topics). In the coming days, I’ll excavate some of these ideas in a series dubbed The SpongeBob SquarePapers:

There are of course other, far more pressing issues when it comes to representation. But for those like me who think legalizing marijuana can contribute another much-needed revenue stream to the American government, it’s important that the masses understand the actual effects of weed. And what better window into the existences of others than art?

Case in point: The amount of critics who wrote in their reviews that the SpongeBob SquarePants Broadway musical would appeal to stoners shows how few people truly know what stoners are actually like. Art should always strive to fill such gaps in audiences’ collective knowledge regarding other ways of life.

Yes, tokers definitely enjoy the silly humor of the original animated series, but not because it’s stupidly silly. Quite the opposite: Green-thumbs cherish Spongebob SquarePants because of its relentless creativity. In fact, more than the dumb, superficial reasons D.A.R.E.-inspired folks guess that ganj-smokers love the sponge, the sheer imagination of every element — including the visuals, of course — is what has turned the show into an icon. Though some of these aspects are on display in the Broadway musical, potheads could just as easily as sober folks detect its flaws, especially for those who react to the reefer by becoming more locked in to the subject at hand.

And that’s another factor behind all this confusion: People assume that they can try herb once and immediately understand how it affects EVERYONE. But grass influences each person differently, particularly those who’ve built up a tolerance for it. The fact that so much art focuses on one sort of reaction is doing a disservice to all involved.

For instance, Bikini Bottom is by no means the prototypical receiver of space cowboys’ admiration. Enjoyable goofiness will always appease, but it does so just as much as more thoughtful fare. The work of Ivo van Hove on the stage and Terrence Malick on the screen are the pinnacles of a certain brand of Mary Jane fans. Since their artistic creations are more expressionist — allowing the audience to project themselves into the abstract gaps in the proceedings— a drug that alters consciousness would of course enhance the experience.

If you believe that ALL narcotics reduce brainpower instead of expanding it in certain ways, then you’ve been brainwashed by the likes of Nancy fucking Reagan, who also believed AIDs was a punishment from God against the gay community for their sinful behavior. So, you know, do you really want to be on her side?

Rather, cannabis often removes the conventional limitations of everyday closed-minds, providing alternative — frequently more enlightening and deeper — perspectives on art that offer more to munch on than normal munchies.  SERIOUS AUDIENCES (caps to capture their self-aggrandizing pomposity) consider the work of van Hove and Malick high-minded…so then why aren’t high minds associated with them? Because it doesn’t conform to the stereotype of all stoners as being physical and intellectual sloths with voracious appetites? FOH with that trite bullshit.

For all artistic mediums, greenery opens up the mind to more fully experience other modes of expression. Contrary to popular belief, for wide swaths of the population, drugs are not about escape; they’re about finding new elements in the world, which make us reconsider how we understand what we already know. Since art operates on a similar level — re-contextualizing the old in new ways — stoners tend to prefer art that explores these ideas.

As such, I’ve decided upon my 2018 New Year’s Resolution. Last year, I committed to listening to every album that cracked Apple Music’s Top 30 Most Streamed List, which I’ll be continuing. But in 2018, I’ll also write pieces that evaluate how weed is depicted in movies and theatre. I’ll praise portrayals that resonantly present it as a cognitive stimulant (recent examples: Jen Silverman’s The Roommate on the stage, and the Academy Awards-shortlisted foreign film Foxtrot on the screen), and I’ll lambast those that regurgitate tired tropes (too many examples to list here).

Light one up, baby!

One thought on “The SpongeBob SquarePapers: Marijuana”