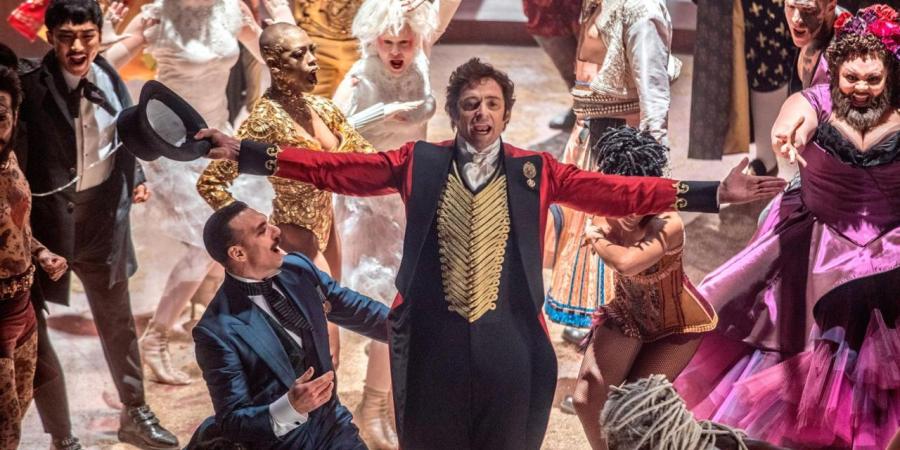 Last week, I ended my review of The Greatest Showman with this sentiment:

“At a time when so much art reflects the darkness of the real world outside theaters, sometimes a pure celebration of timeless entertainment is the medicine we need, possible side effects be damned.”

Clearly others agree, because largely based on — I’m going to venture a guess — word of mouth combined with diehard fans being so enamored that they see it multiple times, The Greatest Showman is now the second leggiest wide release in terms of its box office since Titanic. Fucking Titanic! From 1997! The second highest grossing movie of ALL TIME!

For those unfamiliar with this inside baseball industry jargon, “leggiest” refers to a rare phenomenon when a movie’s grosses barely decline from week to week, making more over the long haul than from just its opening weekend, as per the usual. The Greatest Showman has averaged a weekend-to-weekend drop-off of about 10%, which is freaking unheard of. For comparison, most movies plummet at least 50% after their premieres. The Greatest Showman may have never been the top grossing movie in America, but it also hasn’t left the top 5 since its release over one month ago, primed to become one of the highest grossing live-action movie musicals ever (it’s tough to compete with Disney’s animated fare). THIS IS ALL RIDICULOUS!!!

The popular soundtrack, which has sat atop music charts for the last month, must be contributing to its success as well. And now, other major artists are wanting to join the fun; pop star Kesha (no dollar sign anymore!) recently put her own spin on The Greatest Showman‘s now-signature anthem “This is Me”:

The only downside to all these accolades: The Greatest Showman somehow cost $84 million to produce, which doesn’t even count the always-lofty expenses incurred by press, marketing, advertising, etc. during the busy holiday season.

Even so, it’ll turn enough of a profit that we can actually start asking this once-ludicrous (maybe it still is) question: How about a sequel?!

Yes, I’m well aware that Write All Nite is quickly becoming a fan site dedicated exclusively to The Greatest Showman, since it’s been mentioned in FOUR articles this month alone.