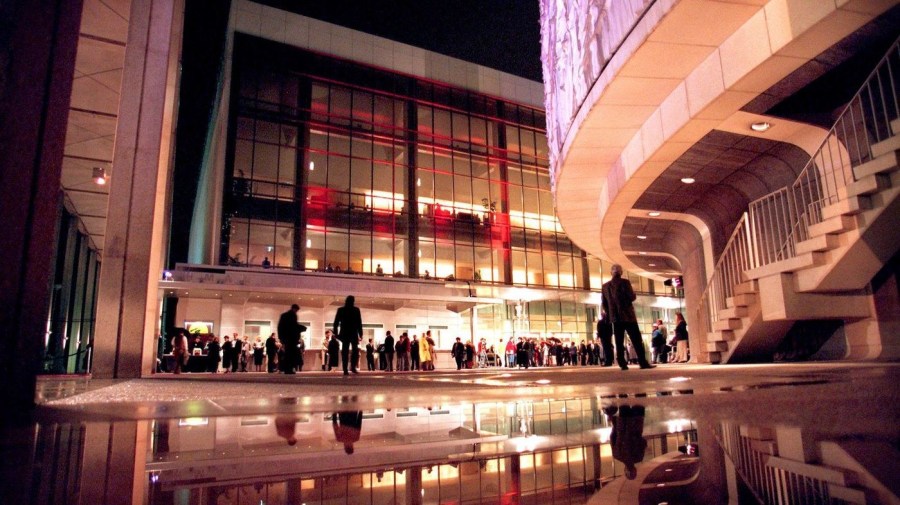 Back when I was but a wee theatre-loving lad growing up in San Diego (quite a good theatre city in its own right), I periodically shlepped up to Los Angeles for a few productions of interest every year.

And I do mean only a FEW; it might be a City of Angels, but a City of Good Theatre it is not. Or, at least, it wasn’t…

During these excursions to the north, I developed a theory as to why LA can’t seem to scale New York’s theatrical heights, and it boils down to two elements:

This last point (along with the fact that it just contains far fewer theatres) is why LA’s theater scene will never match its bigger brother on the right coast; it’ll always be seen as predominantly a cinematic town (even though the real cinephiles reside in NYC. Oh, you dare disagree? Why don’t you look up how much longer independent flicks run here compared to over there. I don’t care if you claim to watch just as many movies at home; real cinephiles see MOVIES in MOVIE theaters, no matter the obstacles. I should know; I lived in LA for one summer, and my theatergoing didn’t diminish one iota! SO THERE!!!)

Even so, Hollywood celebrities can — and should — try to develop their “local” scene, which they can easily accomplish simply by agreeing to perform there. A thriving LA theatre scene wouldn’t just help LA; from a purely selfish perspective, I want the city to start home-growing quality productions for NYC to import!

Which is why I’m thrilled that Tom Hanks (TOM HANKS!!!) will don the drunken cap of Falstaff — one of the most iconic characters in Shakespeare’s canon, a perfect match for Hanks’ comic sensibilities — this summer at the Shakespeare Center of Los Angeles (which I, to be totally honest, had never even heard of until this news broke; look how one mere actor — albeit one who’s anything but mere — can so raise the profile of an entire theatre).

Rita Wilson (his wife) will also be joining him (in a yet-unspecified part) in Henry IV, directed by the most solid of solid (if not particularly visionary) Daniel Sullivan, a mainstay on all NYC stages who regularly directs Shakespeare in the Park. Given the outdoor setting, this production of Henry IV kind of sounds like the Public’s famed and beloved tradition (minus the free tickets, but at least all proceeds will go towards developing the theatre, which I’m sure needs the funds more than Hamilton‘s birthplace).

This announcement further exemplifies how Los Angeles’ theater scene is either in the midst of having a moment, or it’s just generally on the rise. In addition to Henry IV, there are currently ten — 10! — shows very much worth your time playing either right now or in the near future. In fact, it’s so worth everyone’s time that I’m even taking the time — and risking missing some NYC spectaculars — to fly out to see a few of them. Look for those reviews in the coming days.

In the meantime, if you happen to be a fish out of water on the wrong coast — and by that I mean you’re a theatre nerd living in a city that often refuses to satiate such nerddom — do yourself a favor and check these out:

—Pulitzer Prize winner Quiara Alegría Hudes’ Eliot Trilogy, the first time that all three plays will be performed concurrently in the same city.

—Ironbound by Martyna Majok, who I’m convinced will win the Pulitzer Prize for Drama one day. As an added bonus, Marin Ireland returns to the role she originated and won an Obie Award for (AKA one of off-Broadway’s few Tony Awards-esque honors).

—Both of the Geffen Playhouse’s stages are occupied by NYC imports at the moment, what with Sarah Jones’ Sell/Buy/Date joining Ironbound.  Though I’m sure Jones has revised this uber-topical play a bit in the interim, since Carolyn Canter is also directing yet again, the production promises to be mostly the same one that I loved at the Manhattan Theatre Club last season.

—And while we’re talking about the Geffen, I’d be remiss not to mention what’s up next: Joshua Harmon’s Significant Other, a criminally underrated new play that ran for a criminally brief time on Broadway, but still proved to me that Harmon’s no one-hit wonder (I can’t vouch for the actual production because no one major from the two NYC enterprises are involved).

—The inimitable performance artist Taylor Mac’s Pulitzer Prize finalist A 24-Decade History of Popular Music. The 24-hour bonanza — one hour for each decade! — will be performed over four nights at The Theatre at Ace Hotel. The hyperbole-allergic New York Times hailed it as — no joke — “One of the great experiences of my life.”

—Emma Rice — a director I adore — and her legendary theatre troupe Kneehigh — whom I also adore — cross the Atlantic and the continental United States to bring their revival of The Flying Lovers of Vitebsk to the relatively new Wallis Annenberg Center. Kneehigh is one of the few companies whose theatrical style of awesome — as in awe-inducing, the traditional definition of the word for a group that’s anything but traditional — theatricality manages to produce kid-friendly entertainment that’s just as entertainingly friendly for adults, who’ll be made to feel like kids again. For more information about this specific production, read this review, courtesy of our pals at The Play’s The Thing UK, of the original London iteration:

—Speaking of transatlantic voyages, a star-studded revival of Eugene O’Neill’s classic stalwart Long Day’s Journey Into Night will make the westward trek from London’s West End to New York City’s Brooklyn Academy of Music (all the cool kids call it BAM) before arriving at the Wallis, with Jeremy Irons and Lesley Manville (who’s turn as Daniel Day-Lewis’ sister in The Phantom Thread is currently nominated for this year’s Best Supporting Actress Academy Award) in tow. Oh, and it’s directed by Richard Eyre, one of the 20th century’s most celebrated veterans of the British stage.

—While we’re on the left coast, I need to draw your attention to The Old Globe’s production of Chekhov’s Uncle Vanya down in my alma mater of San Diego. I’m deliberately not calling it a revival because this one’s translated by Richard Nelson, one of my very favorite artists working today IN ANY MEDIUM. His duo of play cycles — the four Apple Family Plays and the 3 GABRIELS’ plays — both performed at the Public are some of the fondest memories I’ve ever had in a theater. Nelson actually cast a few of the actors who appeared in those, further reaffirming the fundamental similarities between his work and the great Russian playwright’s.  You’re in for a theatrical experience unlike any other, in an intimate space perfect for Nelson’s signature — and wholly distinct — aesthetic.