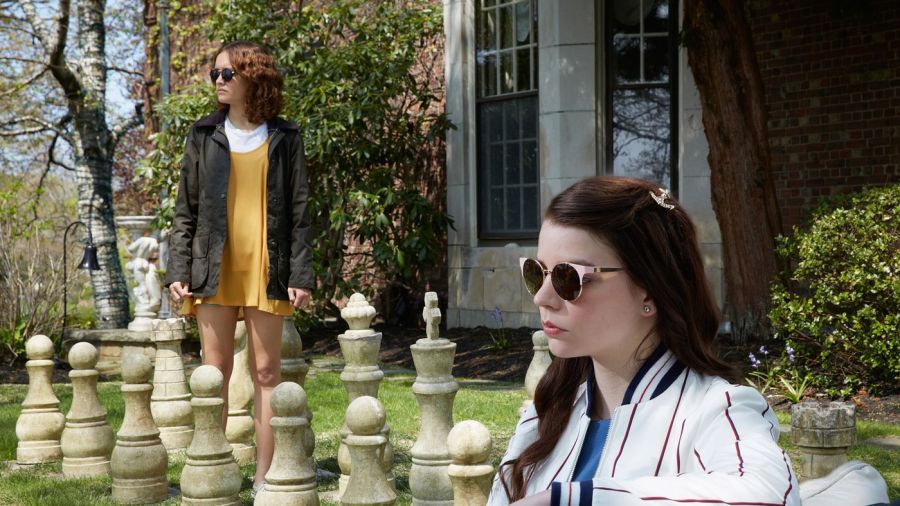 Thoroughbreds is mostly an exercise in style, but there’s some substance there too.

Some could say it’s a classic example of style over substance, but I don’t like how that common critical formulation implies style and substance are separate components of a work of art. Wise artists understand they’re not in a dichotomous relationship; rather, style and substance work best when they reciprocally inform and thus deepen each other.

And that’s what I mean when I say Thoroughbreds has substance, but it’s not sufficiently probed deeply through the style.

To me, the story’s about the vacuousness of privileged lifestyles, and how being so removed from a normal existence surrounded by others — think of a princess in her castle, far from the suffering of most — breeds an almost alien and distant sociopathy, where you view humanity less as empathetic people and more as pawns to be manipulated (thus the chess scene). And the cinematography/score emphasize the appealing surfaces of the rich, which mask the vacant turpitude underneath.

Though the movie striving to understand the root of the two main characters’ cruelty inherently implies that art can meaningfully connect anyone to the lives of others (thus the reason the girls are shown watching TV without really engaging with it), truly accomplishing this goal would’ve required creating characters without such superficial artificiality, and not in the intended way (and at no fault to the uniformly excellent cast, who consistently elevate the subpar elements of the material). There’s a difference between capturing the superficial artificiality of their existences and their personas feeling like creations of a writer, which simplifies the ideal moral nuance. The latter is too often true of Thoroughbreds.

In this way, I do think the style was rooted in the substance; I just wish the style had been used more to explore the substance instead of merely suggesting it. I found myself bored with the style by the end because it wasn’t developing the substance (and vice versa).