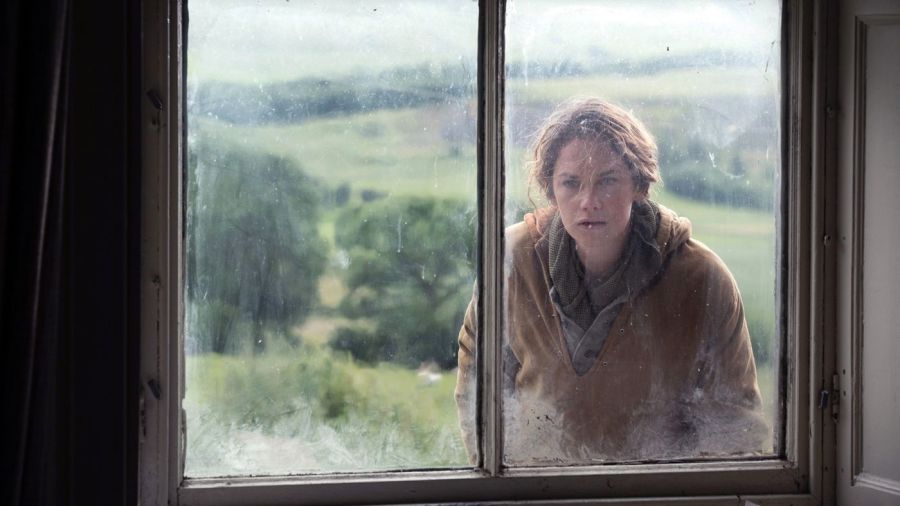 Dark River is the latest in a recent string of deliberately-paced (read: conventionally-slow) movies that primarily rely on wordless communication, both between characters and from the filmmakers to the audience.

An important distinction: “slow” should not be understood to be synonymous with “boring.” A narrative doesn’t need to be forwarded at light speed to engage. Film has a bevy of means at its disposal to tell a story, and it’s these cinematic tools that Dark River squanders, or at the very least doesn’t fully utilize to excavate the emotional psychology underneath its intentional mundanity.

Ruth Wilson (of The Affair fame) plays a cowgirl returning to take control of her family’s ranch after the death of her father. The approach is reminiscent of last year’s vastly superior God’s Own Country, with its unpolished aesthetics, the roughly-bucolic setting, and its metaphoric treatment of farming and farm animals. But instead of being haunted by illicit desires that must be kept secret from their repressive societies, Wilson’s haunted by her past, particularly the tortured memories of her upbringing, especially regarding her abusive father.

Whereas God’s Own Country milked its silent mis-en-scene to suggest as much meaning as possible, Dark River’s handling of the aforementioned cinematic tools is almost wasted in generic monotony. Not enough palpable thought was put into the likes of the framing, the lighting, the colors, the sound design, the editing, the depicted gestures and behavior, and the spare words. As such, they don’t prove sufficiently thought-provoking.

For a vast majority of audiences, the components listed above operate subconsciously. People might get caught up in the plot, but these tools help make that happen, even if — or, sometimes, because — they’re not aware of them. But when it comes to movies more concerned with other layers than mere plot — which are commonly labeled as “deliberately-paced” — these aspects are essential to maintaining the audience’s interest.

Mainstream moviegoers may not understand why filmmakers need to keep their subtlety at such an esoteric distance. “If they have something to say, then why not just say it damnit!” But by insisting on such abstraction, this subtext allows for greater projection on the part of the audience. It opens up deeper avenues for universal resonance, whatever form that might take for the viewer. They get to decide for themselves how the movie’s speaking to them, which is harder to attain when the movie explicitly speaks to them throughout, ultimately making for a more intimately effecting experience.

Dark River strives to achieve such heights of cinematic expression, but besides Wilson’s performance — she turns her face into a roadmap of her every thought and emotion — it ends up inducing the state that most come to expect when they read “deliberately-paced”: boredom.