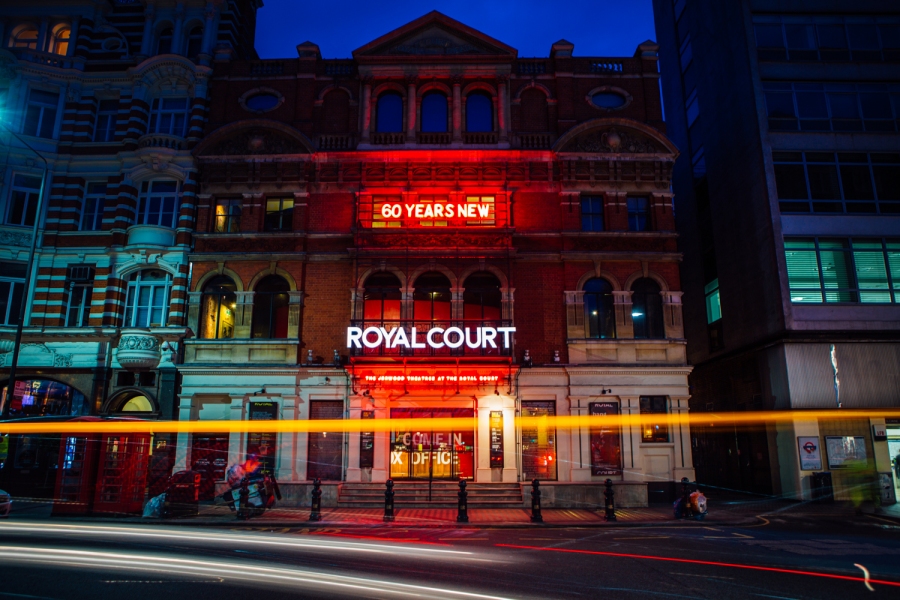 The Royal Court’s here, and these Brits have some things to say, mostly damning, about men.

Two of this esteemed London company’s productions have travelled across the Atlantic this summer: Cyprus Avenue, starring Stephen Rea now at the Public Theater, and Carey Mulligan in Girls & Boys at the Minetta Lane Theatre, courtesy of Audible (yes, THAT Audible). The respective genders of these lead actors reveals the differences in their plays’ related perspectives.

Though both are written by men — but directed by women — only one actually puts a man in the spotlight, even if each wrestles with the devastating consequences of toxic masculinity that can creep up on our societies. The plays hinge on dudes scared of losing control over the clear social hierarchy they were born into being at the very top of. To cope with this confusion — they can’t understand how or why the world is becoming more equal; equality feels like discrimination when you’re used to privilege — they redirect their fear into violent anger at their surroundings, at those doing nothing more than trying to live more progressive lives. It ends badly for all involved.

Cyprus Avenue focuses on the crumbling of this man’s mind. It doesn’t attempt to justify it by finding some overarching rationale — none exists when it comes to such crazy intolerance “hiding”, not beneath, but IN the words coming out of someone’s mouth, if we care to listen. Though his saner family shares the stage at times, they’re mostly treated as collateral damage, as a symbol for the destruction that toxic masculinity can inflict on a community, and its future.

Girls & Boys, on the other hand, revolves around a woman. She gets to be the one to tell her own story. Though it’s partially because she’s the only one left alive at its conclusion, the play still prioritizes the importance of her experience over digging into her husband’s vulgarity. We see it through her eyes. Even though his actions unavoidably alter her narrative, she’s still the one in charge of telling it in the end.

Both texts are also memory plays; their main characters bring their pasts to life by performing them for us, perhaps a sign that the playwrights want to make clear that these sorts of toxic narratives are embedded in everyone’s history. They’re so familiar to us now that they feel like permanent fixtures of the genesis of our global culture. But they’re not just the stuff of history books; they’re still happening, day after day after day after day. Cyprus Avenue and Girls & Boys indirectly ask: what the fuck are we going to do about it?

Britain’s clearly dealing with a lot of the same problems as America, as must be most of Western civilization, if not the entire world. Art can help us band together as a global coalition to destroy, through deconstructing, the patriarchy in the name of equality. And Vicky Featherstone, the artistic director of the Royal Court, is thankfully making us confront our demons, in hopes of moving past them one day.