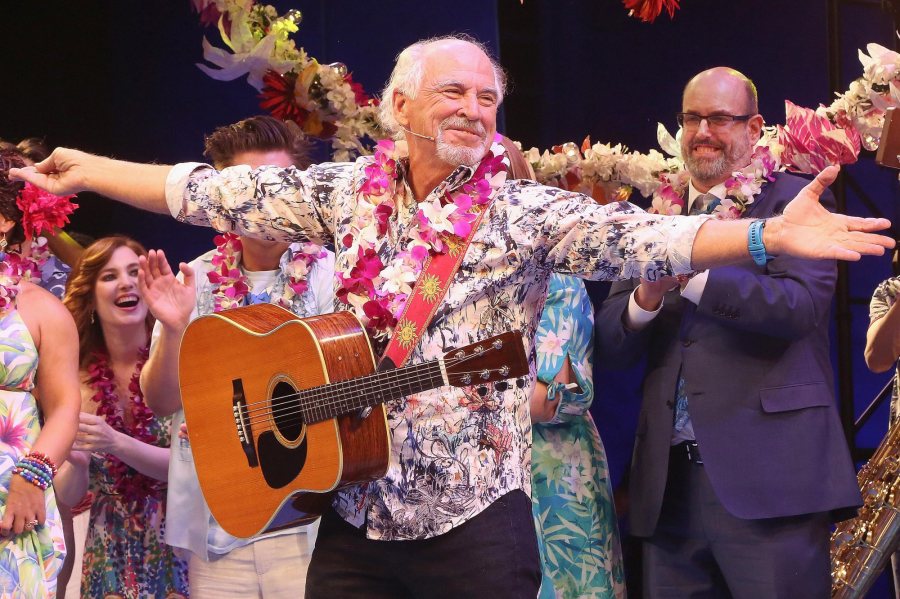 Has anybody in the history of human civilization written as many songs about getting drunk and screwing, stress-free, in island locales, on tropical getaways, as Jimmy Buffet?

As much as his catalogue incessantly deserves this nonchalant reputation, it by no means accurately describes every song in Buffet’s musical buffet. My favorite example that represents these exceptions is “He Went to Paris”, which not only boasts true pathos, but also rather insightfully explores the foundation of Buffet’s relentlessly-espoused commitment to a noncommittal life:

This 1973 song (obviously I chose the Escape to Margaritaville version instead; yay showtunes!) concerns a meandering soul who roams the world, starting in the titular Paris, “looking for answers to questions that bothered him so.” Though these questions are never explicitly explicated, it’s implied — or maybe I’m just projecting personal assumptions, the bedrock of artistic engagement — that they’re “meaning of life” type queries. After “86 years of perpetual motion”, a rollercoaster of highs — “they had a fine life / She was a good wife” — and lows — “His body was battered / His whole world was shattered / And all he could do was just cry” — he finds some solace in Buffet’s proverbial home: “Now he lives in the islands / Fishes the pilings / And drinks his green label each day.”

Tourists may consider him a waste-of-a-life beach-bum — you know, the same pejoratives often lobbed at Buffet — but his backstory reveals the casual, and hard-earned, profundity underneath this placid surface: he’s finally enjoying some respite from life’s perpetual motion. After 86 years, he may have finally found, not THE answer, but AN answer, HIS answer, to life’s unanswerable questions: “Some of it’s magic / Some of it’s tragic / But I had a good life all of the way.” He understands that his sadness was a key part to the happiness he now enjoys; no one can have one without the other. Work’s a four-letter word in Buffet’s world, but only in terms of a nine-to-five. As for our true vocations, our life’s work: life can and should be a paradise in the end, but getting to eden isn’t a walk in the park.

In a way, “He Went to Paris” is a defense of “the quiet, clean country livin’” that Buffet’s oeuvre repeatedly celebrates. The “answers to questions that bothered him so” might have fueled the wanderers’ journey, but looking for those led him to his real life, comprised of events that those questions futilely try to explain. A vast majority of Buffet’s more prestigiously-hailed contemporaries dabbled in these questions and answers — that’s why they’re more prestigiously-hailed — but there’s nothing wrong with enjoying the good life, despite everything.

So the next time you see a beach bum, remember: a heck of a life probably brought him here; he’s earned his license to chill.

And the next time you hear someone lambast the monotony of Jimmy’s musical buffet, drop the needle on “He Went to Paris” (and then send them this article)!