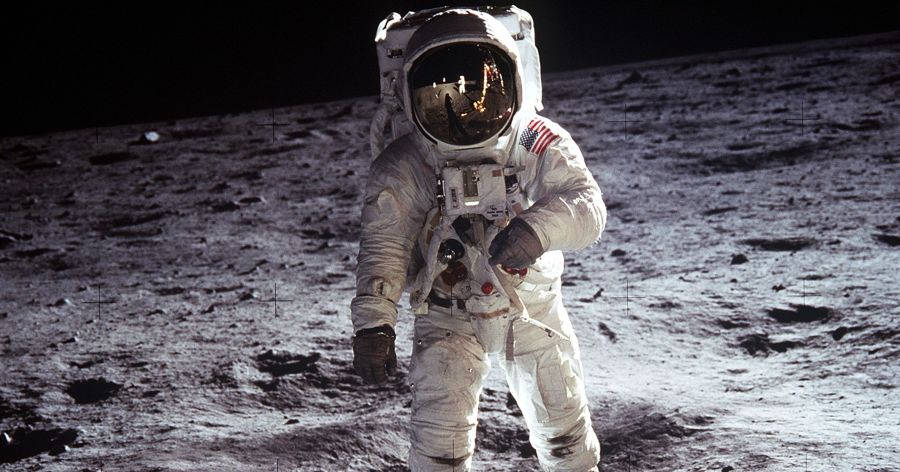 The two biggest documentaries of 2019 offer audiences a chance to experience digitally-restored — and thus never-before-seen — footage depicting two of the 20th century’s biggest historical events, the sort you may assume you’ve already witnessed from every conceivable angle.

Apollo 11’s 70MM restoration may not sound as sexy as the colorization and 3D-ification of Peter Jackson’s They Shall Not Grow Old, but it’s no less revelatory, and considerably more seamless. It’s an immersively-experiential cinéma vérité retelling of the titular mission, an intimate bonanza of sight and sound that relies almost exclusively on archival materials, providing an up-close and personal view of the major and minor players on the ground and in the sky.

Instead of contextualizing the images with supplementary interviews — you know, in which talking-heads would’ve explained how everyone was feeling in the moment, what was on their minds, where everything fits into America and the world’s greater narratives, and what it all meant and still means; yawn — Apollo 11‘s storytelling is primary fueled by its propulsively-paced, yet precisely-contemplative editing. Though mission control’s voiceover — synced to describe the action — directs much of the narrative, Apollo 11 mostly lets its grand, spectacular cinematography do the talking.

As such, it becomes a study of surfaces, big and small, natural, human, and technological, of the devices and faces within which was stored the information that achieved the impossible, leading us from the surface of Earth to the surface of the moon. What can we glean from observing these subjects? What truths do they represent? How is the historical record open to interpretation? For the thoughtfully keen-eyed, watching Apollo 11 proves to be an exercise in uncovering the internal depths of meaning waiting to be revealed in and through the exteriors.

In this way, it’s an examination into the importance of the recorded image, for the scientists at the time (there’s a reason they pay ample attention to the cameras — before, during, and after the mission), for the future, for history, and for all of us around the world.

Apollo 11 and They Shall Not Grow Old are not merely strolls down memory lane, a common pitfall of puffier-piece documentaries; rather, they’re altering our very memories of these events. Each doesn’t just preserve history; by providing new technological means through which we can engage with that history, both are changing our perspectives on it, and thus changing history itself. How we see history is a reflection of how we understand it — perception and conception go hand in hand. Note how differently you respond to the grainier, smaller footage widely associated with the era that the filmmakers periodically splice in, which serves as a sort of juxtaposition. By shedding new light on the oldest of myths, Apollo 11 and They Shall Not Grow Old are, quite literally, making history anew.