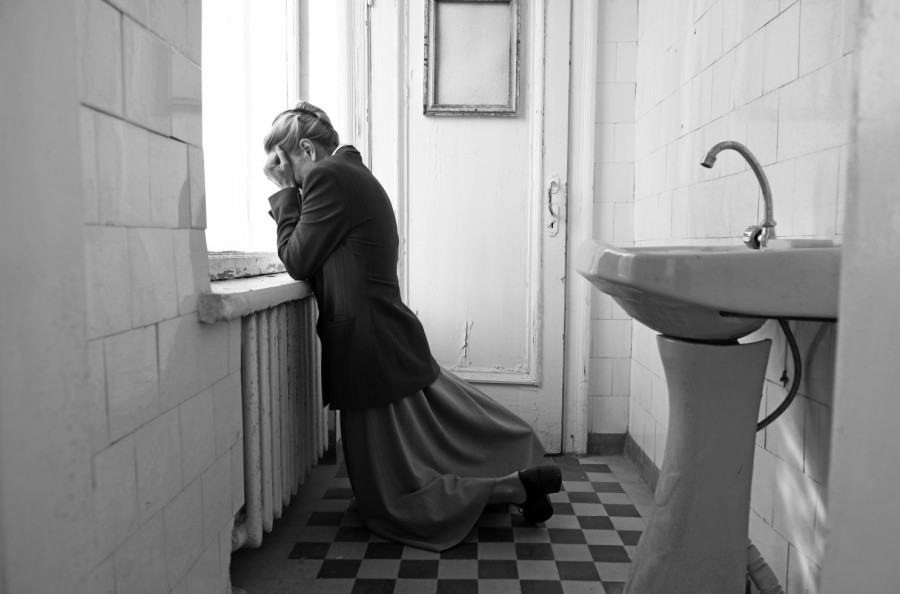 For those who find Dear Comrades!‘s ending to be a biteen jarring — or maybe a loteen — allow me to offer a thematic justification.

Spoilers ahead (obviously), and my apologies if the following interpretation is a biteen/loteen obvious.

Labeling a plot turn as “jarring” is usually a criticism, but I try to see the other side; often, what we feel is out of place can be a deliberate disruption of our expectations on the part of the creators, and a deviation from the norm so significant that it breeds negative reactions might be worth investigating as potentially intentional.

Which, as always, begs the question: why? Why might it be intentional? What function is served by throwing the audience ajar in this specific way?

Initially, Dear Comrades!‘s ending seems to betray the movie’s established reality. After two hours of nonstop misery, the surprising optimism of the final moments might feel like an unearned twist, a tacked-on “happily ever after.” And yet, what if it’s supposed to elicit this uneasy suspiciousness?

To make sense of this denouement, let’s contextualize it within the whole movie’s predominant thematic focus: the interplay between the personal and the political when the political becomes personal. The story deals with how familially-personifying political opponents can alter our personal relationship to the political; how does a militant anti-protestor change her tune — or not — when the military rolls into town, and her daughter’s one of the protestors?

The bait-and-switch of the ending throws the mother’s differentiated responses into stark relief. When her daughter’s massacre is all but confirmed, she basically forsakes her politics (understandably so; they’re related to her death) and quits on the future — hers, her country’s, and other daughters’ elsewhere who stand to meet a similar fate unless someone does something about it. How much one individual could reverse here is up for debate, but nothing will come from her ultimate edict, “let it all burn.” Instead of atoning for her sins through actions, she reverts to living in and for the past, bemoaning how Stalin’s death now retroactively marked the end of her political career; she can’t bear the current reality of her politics, so she disassociates from them and returns to her — and their — glory days, which means she’s also disassociating from what those days led to (though perhaps not inevitably so).

And then, just like that, her daughter reappears. That jars us, but in being jarred, we should be more alert to the truly jarring transformation: her newfound optimism for the future! Now that she has flesh and blood back in the game, she cares again?! So she’s a political leader who only cares about politics and leading if her kin’s alright.

Might she now go to war against her party, as if the ending marks a personal and political revelation for her? Perhaps. But the light-speed of her immediate reinvigoration is still suspect. Maybe she would’ve reached this same conclusion eventually, perhaps as a byproduct of her grieving period, and her daughter’s re-arrival merely quickened the process.

Or maybe we’s supposed to be jarred by her — and reality’s — transience, because when our politics, which have consequences on others, factor in the welfare of only the personal, it’s a profound dereliction of duty, civic and moral. It’s a shameful game when political leaders tasked with leading all start changing course based on who they define as dear comrades worthy of being treated like dears and comrades.