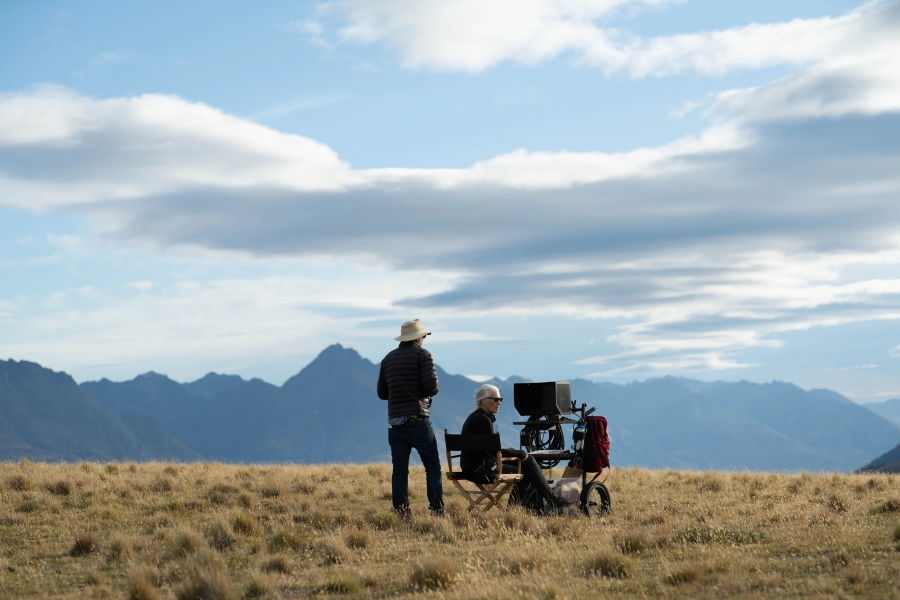 As we gear up for a Coda vs. The Power of the Dog showdown — a war of the streamers! vom! — this is as good a juncture as any to write about the nature of Jane Campion’s filmmaking, specifically through what I dub her Holy Trinity: The Power of the Dog, The Piano, and — curveball! — Holy Smoke!.

What I love about the three, intrinsic to the style of Campion’s approach to cinematic storytelling, is the audience’s inability to deduce the movie’s opinion on what’s depicted. Conventionally, movies have a habit of directing our attention towards what the creators wish us to take away from the proceedings. An extreme example, for elucidation’s sake: if a movie is about a Nazi, then chances are the movie will make creative decisions to ensure we don’t leave the theater mulling, “You know, maybe that Nazi wasn’t the worst!” Except Leni.

Art tends to be moralist, so even if we strive to understand “questionable” characters and issues and behaviors and relationships on their own terms, there will still be an extant impulse to appropriately contextualize the thorny ethics on display. Usually, movies lead the witness, guiding us towards how they want us to feel, with a few suggested/stated options on what they want us to think (about).

But, at least from my vantage point, Jane ain’t about that life. Rather, she plays a deft balancing act: she positions her movies as portraying the characters’ perspectives on how they see and process the action, while also staying above the fray as to retain a somewhat objective eye. Instead of sticking with one character throughout, nor even giving one pride of place, she bounces from the headspace of one into that of another, often from shot to shot.

A key component of her artistry: she maintains an external view so that we don’t get completely sucked into a character’s sight, while at the same time plunging us into their outlook, through glimpses of their interiority, so that we glean everywhere they could be coming from. It’s a tightrope walk between their period, fallible awareness and our contemporary — but no less fallible — knowledge.

Where can we comfortably draw the solid line between the two? Well, it’s up to us! By refusing to indulge in clear interpretations, Jane opens up endless avenues for us to figure out our own conclusions on the matters. Left to our own devices, we’re free to consider all possibilities, because she spells out so little for us resolutely (especially her speech-reticent characters suffering from and through conflicted identities; if you’re looking for character motivations, their reasons will be legion). Instead of hand-holding us towards choice resolutions, we gravitate within, amongst, around, and outside such clarity.

A potential downside: without forceful prompting, it’s harder to engage in a movie, if her frame is simply too wide/general (the pretentious would say: it’s as wide/general as how humans experience life).

Her lush, rapturous, sumptuous aesthetics — even for mucked and mired existences — hopefully immerse us in her concocted universes. While we’re there, her movies constantly reorient our conception of what exactly we’re watching.

This might sound basic bitch of me, but my Campion Three distill cinematic storytelling down to a core essence: what parts of the story a movie decides to show, and how it chooses to show these parts, AKA: what defines a movie’s focus. Basically, there’s an intimate relationship between what a movie’s about, and how it’s told.