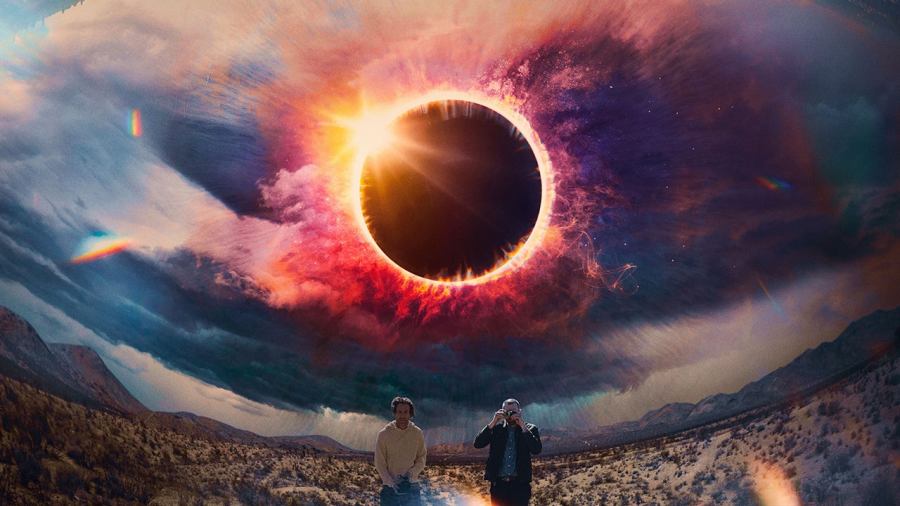 How would 21st century cash-strapped Americans respond if they encountered the supernatural?

Nope and Something in the Dirt offer strikingly similar answers: these comfort-seekers would wield all the endless media at everyone’s fingertips to record that motherfucker for fame and fortune through mass dissemination.

While both movies share this premise, they use it as a jumping-off point down different rabbit holes.

Nope explores humanity’s dangerous/fatal tendency to turn the uncontrollable — the alien! the monkey! — into spectacle for the benefit of consumers.

In Something in the Dirt, the supernatural acts as somewhat of a red herring; the actual uncontrolled horror turns out to be far too natural (this structural supernatural-bait-and-real-life-switch reminds me of another movie from earlier this year: We’re All Going to the World’s Fair).

And befitting two movies about modern media and its varied capacity to intermingle with reality, both Nope and Something in the Dirt contain meta-narratives revolving around film and digital.

In Nope, only analog celluloid can circumvent the alien’s technology-torching capabilities. And because the movie was shot on film, it becomes a sort of old-fashioned (cowboys vs. aliens!) ode to the stock that most cinematic spectacle has been documented on.

Conversely, Something in the Dirt’s characters — and, thus, the movie itself — harness a myriad of formats to achieve their spectacular ends. While the digital of it all makes this type of guerrilla production easier to manage, you can’t separate the ease from the fact that democratizing the means of creation and distribution bestows power unto hands that may corrupt such forces for ill.

As usual, something with the potential for good can be distorted into insidious malevolence.