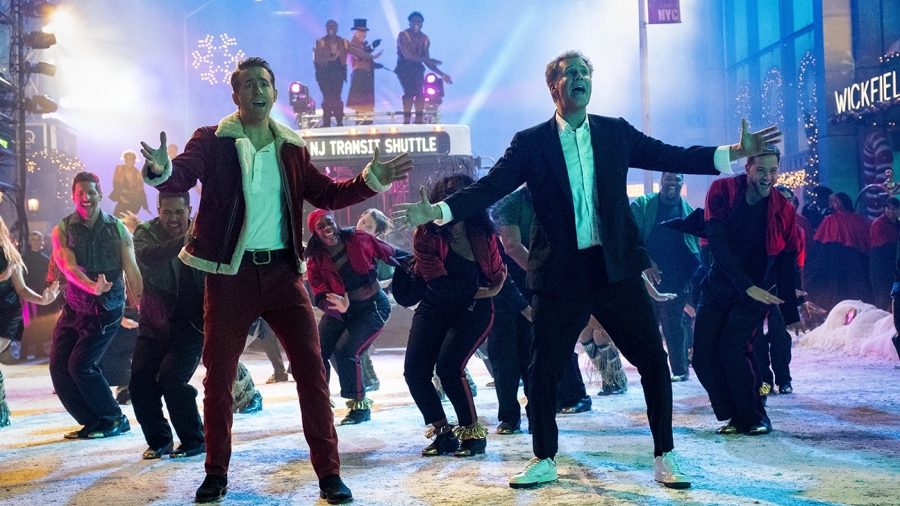 It’s a cliche to say that setting a story in New York turns the city into an important character within the movie’s firmament.

But noting how a location is depicted can be a key to understanding the nature of the art’s concocted world.

My two examples for you today come from the desk of — yet again! — Pasek and Paul.

Both of their latest movie musicals — Lyle, Lyle, Crocodile and Spirited — are backdropped by The Big Apple, but it’s not the same Big Apple that actually exists on Planet Earth.

Be it fabricated subway lines in Lyle, or fictional landmarks in Spirited, this fancifulness is one amongst many factors contributing to and communicating the fancy of musicals; they’re funhouse mirrors of resonantly familiar reality, fantastically distorted through the transcending prism of song and dance.

It might seem weird to utilize NYC’s appeal all while changing its core facts…but doesn’t this calculus sound strikingly similar to the relationship between musicals and life as we live it? They’re fairy tale versions of the known.

Did I just give thrifty creative enterprises an artistic justification for eliding the practical (read: financial) headaches of filming in NYC?

I’m always here for you Brother Benj and Brother Justin!

No discussion of how cinema fucks with New York geography is complete without mentioning Birdman. Anyone looking at a map of the theater district will recognize that the cinematography’s apparent oner is a lie; there must be cuts, because when Michael Keaton turns a corner from one block to the next, he magically jumps from 41st Street to 44th Street.

And this grid-hopping is a constant reminder that the movie’s perspective IS Keaton’s character’s perspective; we perceive not only what, but how he perceives.