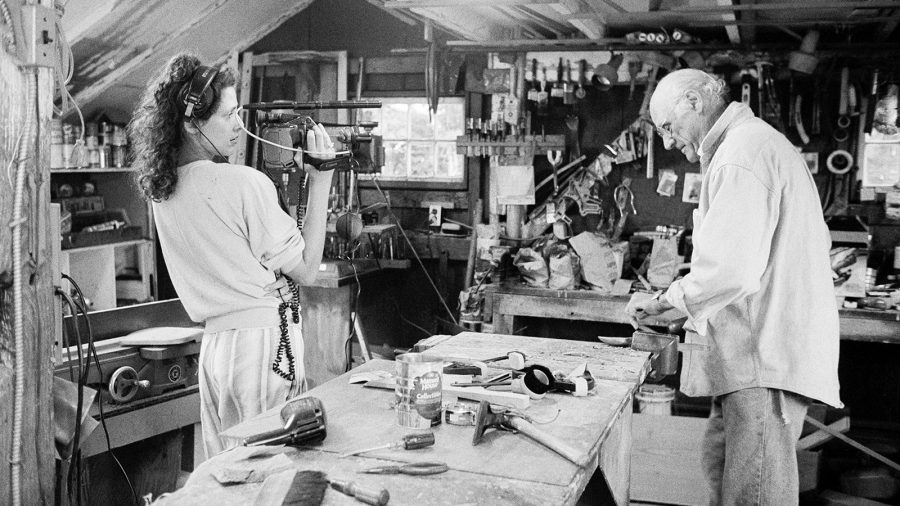 Rebecca Miller is a consummate filmmaker, known as an independent darling for such films as The Ballad of Jack and Rose, The Private Lives of Pippa Lee, and Maggie’s Plan.

Her newest work is an upcoming HBO documentary about her father titled Arthur Miller: Writer.

Yes, THAT Arthur Miller, one of the greatest playwrights in American history.

Ms. Miller cinematically narrativizes the full story — warts and all — of his life clearly, vividly, but — surprisingly, given her arthouse bonafides — a bit too straightforwardly. She utilizes a lifetime’s worth of footage — including interviews with Miller, his relatives, and other famous luminaries such as Tony Kushner and Mike Nichols — personal artifacts from her family’s archives such as his personal diaries and home movies, audio excerpts from his autobiography, and conventional b-roll depicting the eras being discussed. All together, they provide a treasure trove of invaluably insightful tidbits — most communicated through his own words — regarding his plays, all art, and life itself.

But most of these resources are commonplace in a vast majority of documentaries; the real treats here are the Miller on Miller interviews between daughter and dad. For over 20 years, she filmed their conversations in mostly domestic settings. With his performative guard (mostly) down, these clips present an intimate, grounded portrait of a literary titan that an outsider simply could not have accessed, while still capturing and communicating his monumentality.

There’s a palpable, reciprocal tenderness and warmth between the subject and interviewer that’s not attainable for most documentarians (it’s surreal to hear THE Arthur Miller called “Daddy”). At times, he feels more willing to open up to her in an apparent attempt to help a fellow artist who he clearly loves, exposing his emotionally raw humanity. Their exchanges — and really, the entire movie — delve into the symbiotic relationship of influence between life and art.

Though the nature of their father-daughter relationship is somewhat communicated through their recorded interactions and the very way that she approaches compiling the material, Arthur Miller: Writer’s predominantly focuses on its title character. A part of me wishes Ms. Miller had artistically infused more of herself into the proceedings. Her personal footage is by far the best parts of the movie because they could only have come from his daughter; I wish the rest felt like that, especially since she’s normally such an inventive filmmaker.

It makes sense if she deliberately wanted to be a secondary component of the proceedings to keep all eyes on the main attraction, but this decision leads to a disappointingly conventional biographical structure.  There are admittedly some traces of deeper subtext: She seems to handpick quotes — including the one that starts the movie — about the difference between truth and performance, an idea that obviously pertains to a documentary that purports to show the man behind the legend. This concept also relates to the very notion of a “true” identity; I couldn’t help but notice that he referred to himself in letters using the shortened “Art,” perhaps a nod to his understanding that we’re all creations of some kind. He’s constantly shown tinkering with furniture and lanscaping around his home, as if he always yearned to control his surroundings, much like how a playwright is the master puppeteer of his dramatic worlds.

Despite his easily-recognizable genius, I’m not sure those unfamiliar with Arthur Miller will find much of interest here. But for the rest of us sane people, Arthur Miller: Writer is an expected godsend, though I still wish the results weren’t as predictable. Regardless, as a self-proclaimed surveyor of the arts, it’s hard not to love such a competent, educational, and informative documentary.