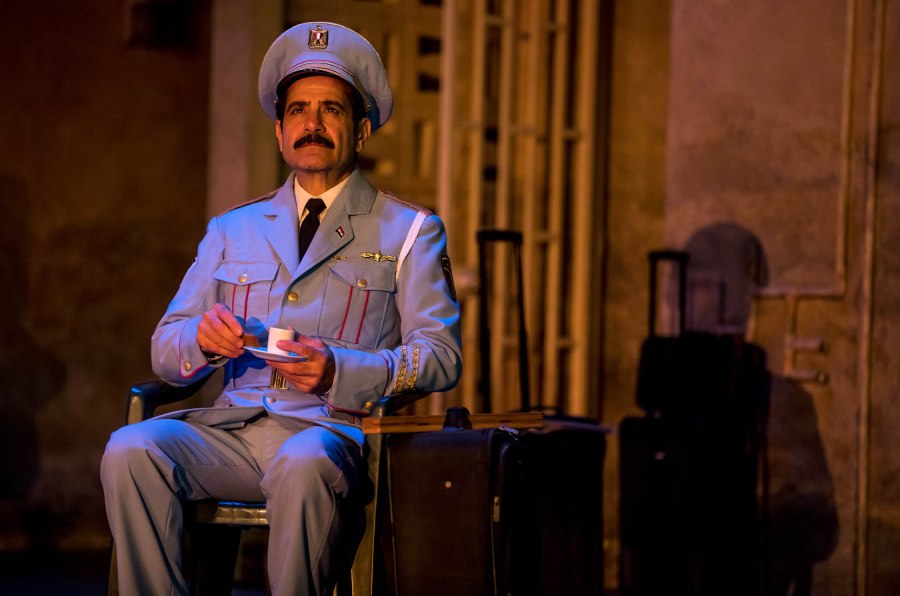 And this week in prioritizing the Tony Awards over the regular — and far more important — ticket-buying public:

“The Band’s Visit star Tony Shalhoub will take a temporary hiatus from the Broadway musical beginning March 1. Dariush Kashani steps into the role of Egyptian police band leader Tewfiq in the interim. Shalhoub, who leaves to film the second season of The Marvelous Mrs. Maisel, will return to the Ethel Barrymore stage in May for select performances, then sharing the role with Kashani as he wraps production on the Amazon series. A performance schedule will be announced at a later date.”

Since many voters will see the show between the announcement of nominees on May 1 and the ceremony on June 10, you don’t need to be Monk to figure out why he’s returning in May (based on my experience working for a Broadway producer, I can safely say every nominator has probably seen the production already, while many voters wait for the nominations to find out what they need to watch to vote).

Yes, the argument could be made that winning as many Tony Awards as possible — which is more likely to happen with Shalhoub on stage, for obvious reasons — will increase The Band’s Visit‘s profile outside of his involvement. But besides my belief that he doesn’t deserve to win — SpongeBob’s Ethan Slater is worthier, not to mention the many performances yet to open this season — it’s going to be a reeeeeeally bad look if Shalhoub only returns in May for the Tony voter performances…then never comes back to the show afterwards.

The worst part: Since his name isn’t listed above the title in the Playbill’s official credits, ticket buyers won’t be able to get their money back. Producers can technically forgo this official stipulation, but that seems unlikely given the fact they shadily announced Shalhoub would miss performances THE DAY BEFORE the start of his “hiatus,” and refunds — a producer’s least favorite word — weren’t mentioned anywhere in the release. Plus, it’s not like the tickets can just be rescheduled for a Shalhoub performance because HIS MYSTERIOUS NEW SCHEDULE HASN’T BEEN ANNOUNCED YET!!! Hmmmm, I wonder why…

I’ll post an apologetic retraction if he indeed returns to Bet Hatikva (or is it Petah Tikvah?) as promised for another long-term stint (a cynical question: if he somehow doesn’t receive a nomination — he’s one of the favorites right now — will he come back at all?!). Regardless, it’s indefensible to announce his departure so soon before it begins. He must’ve known when his TV show starts filming ahead of time; why wait until now to let everyone know, except to minimize the amount of days angry ticket holders could call to complain about being forced to miss one of the show’s main attractions?

These shenanigans just reek of Shalhoub and the producers valuing awards over doing right by their everyday audiences. I’m sure Kashani is excellent —most Broadway actors are — but he’s not who a lot of fans, now treated like collateral damage, paid to see.

And in a just world, nominators and voters would hold this bullshit against both Shalhoub and the producers of The Band’s Visit. Yes, doing so would hurt other innocent members of the company, but that would only turn them into…wait for it…the same sort of collateral damage as current ticket holders.

Karma can — and, when we can control it, should — be a bitch.