An eclectic week thanks to (ranked in order of my personal preference, as always):

A speaker-blasting aural barrage that beats your senses into a submissive, decidedly unboujee boogey. In other words, it’s a true sonic experience, but one that’s obviously not for everyone. I personally love albums that transition me from asking myself, “Is this even music?!” to “Damn, I’ve never really heard music like this before!” Remember: the old guard tends to meet abrasive shifts in music with a snooty, condescending, ignorant, conservative “that’s not music; it’s just noise.” Since I, unlike them, always want to be on the right side of progressive history — you can argue it’s not progress, but all evolutions should be engaged with — I prefer to wrestle with anything that expands my conception of what music can be. Sure, the album’s not always conventionally enjoyable, and none of the features can hang with 6ix9ine’s musical idiosyncrasy (which I actually think is a positive, because it means he’s carving out a sound for himself that’s not only unlike most others, but also isn’t easy to pull off even by the best), but the whole shebang is never less than distinctly interesting. No matter how you ultimately feel about the album, I guarantee you’ll remember it more at the end of the year than a lot of the others you claim to like more now; that’s gotta count for something, right?

Even though I try to avoid comparing every white rapper to Eminem…the quick wordplay on Pouya’s Five Five is really early-Marshall-Mathers-lite, just without his headline-garnering performative, borderline shticky filth and — much more crucially — Dr. Dre, who might be more responsible for Eminem’s early success than Marshall himself (there’s a reason he’s never returned to his former glory without the good doctor). Don’t get me wrong; there are some very good beats here (the title track is my favorite), but none can compare to the unparalleled genius of Mr. Beats himself. 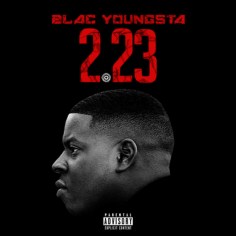 Not nearly as hard as his usual output, exemplified in last year’s Illuminati. Though I always respect artists who experiment with different sounds, and though it pains me to criticize any of my beloved 21st century electro-infused R&B, its register is a mismatch with the intensity of Blac Youngsta’s voice, diminishing the magnitude of its effect. The album is better when it bumps (“Booty”), not when it grinds (“Old Friends”). But credit to Youngsta for expanding the spectrum of his musical canvass!

By the Way, I Forgive You — Brandi Carlile

Some country music — the sort that gives the genre an unfairly bad reputation — perpetuates reductive, stereotypical ideas regarding Christian values, patriotism, gendered norms, etc., all set to ingratiatingly folksy tunes. Yet many other examples are like Brandi Carlile’s immaculately-sung By the Way, I Forgive You; she’s at her best with a stripped-down, minimalist, acoustic sound that facilitates a hyper-focus on her emotionally and (yes) intellectually resonant — and nuanced! — lyrical storytelling, intimately exploring romantic relationships and other matters of the heart (mostly of the breaking and aching variety). The album’s a bit repetitive, and the faster-paced, upbeat tracks are a tad much, but it’s well-worth a listen for her evocative writing. 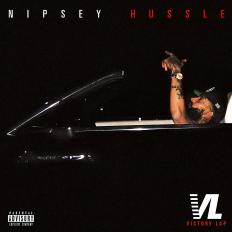 Word to the wise: Don’t call yourself the “Tupac of my generation” on a song that also features a fierce verse from the actual Tupac of this generation: Kendrick Lamar! But that’s exactly what Nipsey Hussle does on “Dedication”. His voice might sound like Kung Fu Kenny’s, but every component of his music — particularly the lyrics — lack Kendrick’s ingenuity. As for the producing, more G-Funk (“Last Time That I Checc’d”) and less trap (“Rap N****s”, which Puff Daddy guests on! Yes, THAT Puff Daddy! His name is apparently Puff Daddy again!) would’ve been nice. As much as I love to hear G-Funk again, the examples here need a bit more variety; “Last Time That I Checc’d” sounds way too similar to “Dedication.” One random note before I finish: “It’s the Hard-Knock Life” should’ve been retired as a sample after Jay-Z got his hands on it, making “Hussle & Motivate” derivative at best and pointless at worst. This might be too harsh, but I kind of feel  that way about the entire album?

Come for 50 Cent’s — taking a break from his stalling acting career — deliciously-corny feature on “Pieces”; stay for the track’s impressive storytelling. Unfortunately, it’s the only noteworthy moment on the album, but one that’s so good it might justify this otherwise forgettably average, generic, and largely bland enterprise. 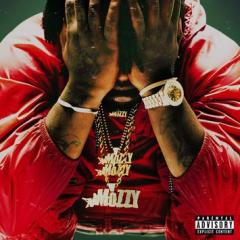 There’s a difference between soulfully-slow R&B and just boringly-slow music, and that difference is usually a palpable groove. Mozzy’s Spiritual Conversations, clearly trying to live up to the title’s descriptive adjective, ends up on the wrong side of that distinction.

An early contender for the worst album of the year!