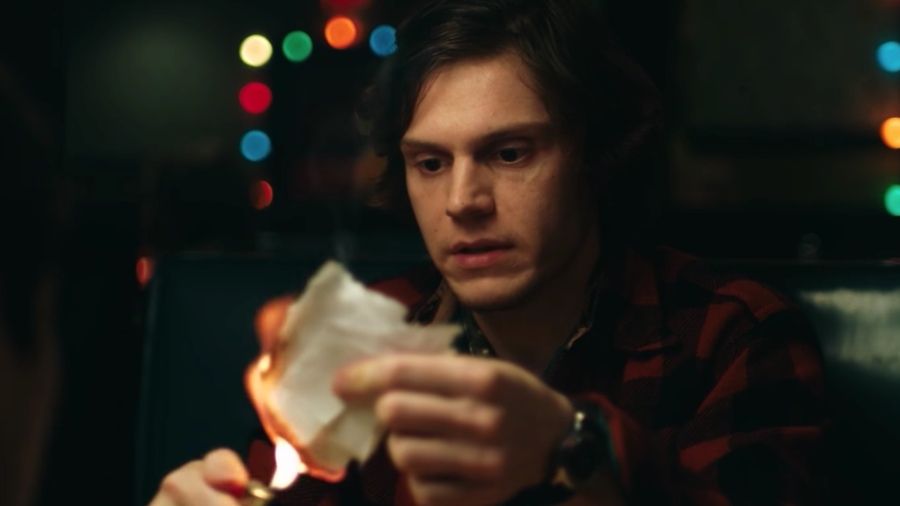 In the extended interim since my last Weed in Art post, I’ve of course encountered work that depicts smoking at least casually, but none have been significant enough to warrant deeper analysis.

Imbibing of the lungs plays a prominent part of the new docudrama American Animals. And I don’t mean docudrama in the traditional sense of the genre. Instead of fictionally documenting real-world drama, American Animals boasts documentary interviews with the real participants behind a failed heist, accompanied by blown-out reenactments of the described events featuring Hollywood actors. They play a couple of average college students suffering from a privileged version of disenfranchisement: they’re becoming vapidly depressed over the realization that the everyday monotony of their unremarkable lives is basically the epitome of adulthood, a far-cry from the action-packed lives of meaning they were seduced into believing were easily attainable thanks to Hollywood spoon-feeding such lifestyles to them throughout their childhoods.

Their solution: act like they’re in a Hollywood movie (which, in fact, the true-life participants now are). Their idea: steal the valuable artifacts found in the archives of their college’s campus. The problem: they have absolutely no idea what they’re doing.

And this is where weed comes in. They’re seen smoking constantly throughout the preparatory stages leading up to their theft. Even though it’s refreshing that they don’t devolve into gigging idiots while under the influence, audiences could easily blame the drug for inspiring the ridiculous plans under discussion. And there’s a chance that’s what the filmmakers intended. Sure, the story’s clearly based on the testimonies recorded in the interviews, so everything we see could be in service of historical accuracy more than making any grand artistic statement. But there’s just suuuuuch a focus on the smoking; when one of the characters hears the plan for the first time, his immediate response is something to the effect of: “You guys need to stop smoking so much.”

Again, perhaps he did actually say that in real life. In any case, the movie seems to implicitly suggest that weed in some way was an integral part of their plot. It’s almost like Hollywood will sign off on these sorts of realistic depictions of smoking…only if they lead to an ultimate comeuppance. The dismal state of the characters at the end could be considered justice for their previously sinful ways, almost as if the drugs led to the crime, which is as retrograde a notion as perpetuating images of stoners being nothing more than goofy sloths with voracious musical and culinary appetites.