The 2017-2018 Broadway season was the most turgid in recent memory.

And yet, two of the five productions to open this summer would’ve been the worst and second worst shows of last year, and the third wouldn’t have been too far ahead.

Let’s hope the best is yet to come.

My brief thoughts on the Broadway summer season that was, ranked in order of personal preference: 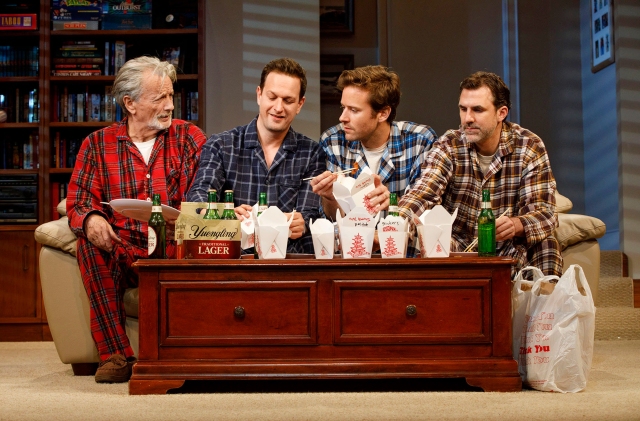 James Baldwin once wrote that he only understood the Un-United States after spending years abroad; such a distant vantage point from his home country provided him with a more objective perspective to see the forest for the trees. Young Jean Lee, as an Asian woman, attempts to do the same for the titular straight white men, examining their cultural mores not as the standard — as the straight white men who litter the canon of American drama would have you believe — but as a product of their straight white maleness. Straight white male playwrights have similarly probed minority cultures through such lenses, but instead of channeling their limited, and thus limiting, approach — while still borrowing their preferred dramatic form: the living room family drama — Lee instead imbues her subjects with empathy, revealing how the specific circumstances of their constructed society leads to a lot of the same universal truths (in the immortal words of Dr. Melba Pattillo Beals, “The task that remains is to embrace our interdependence — to see ourselves reflected in every other human being and to respect and honor our differences”). As a straight white male, I can attest to her spot-on portrayals of our 21st century existential crises, fueled by liberal guilt. And yet, I found the production, directed by Anna D. Shapiro (no stranger to living room family dramas of Americana lore; she won a Tony Award for August: Osage County), unfortunately unconvincing, lacking the bite of the play’s world premiere at the Public Theater, which Lee directed herself. An air of theatricality is essential to understanding her suggestion that identity is almost always a performance by nature for many groups of people, even those historically not defined by their sexuality, race, and gender (rather, others are defined by how they deviate from these perpetuated norms). But there’s a difference between intentional performativity that adds layered nuance to the proceedings, and the transparent performativity on display here, which feels like a result of insufficient rehearsal time and a lack of directorial ingenuity. But as a straight (maybe?) white (most probably) male (who knows!) once wrote, the play’s the thing, and there’s a very good chance no other text produced on Broadway this year will match Lee’s; if only everyone else was on its level… 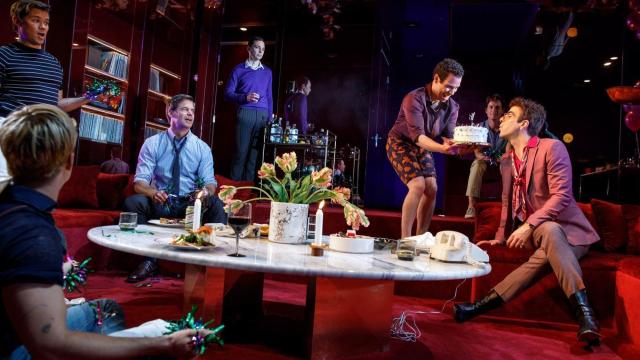 Boys in the Band

For years, I’ve bemoaned Broadway’s tendency to stage straightforward revivals of the same old plays, populated by celebrities to sell some tickets; such conventionality is only justified when digging up a forgotten gem. Though theatre historians are obviously familiar with Mart Crowley’s landmark play The Boys in the Band, too much of the general public tragically — and tellingly — have never even heard of this foundational depiction of gay life in the 1960s (it might feel like old-hat now, but every similar, newer hat owes a debt to this trailblazing work). Given the litany of big-name actors above the title, hopefully the gravitational allure of their star wattage will rectify this egregious oversight for their legions of fans. Though Joe Mantello’s production is head-and-shoulders superior to Shapiro’s from head-to-toe, I rank Straight White Men higher for no other reason than a show of support that we need more new plays on Broadway. 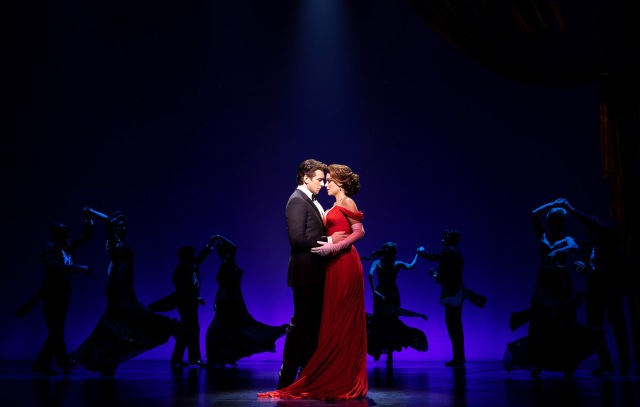 A thoroughly unexamined peon to America’s obsession with wealth (I recently toured an old bank, built in an era people nostalgically idealize today. Its imposing grandeur serves as a reminder of how the country inherited previous, classical odes to deities, and just applied those same stylistic principles to the worship of the nation’s one true God: money. Again, watch the documentary Generation Wealth for more). This new musical is the epitome of a mixed bag, in that it has no idea what show it wants to be, or even what it’s trying to be. Some components work — or…well…I enjoyed them at least — others don’t. More oddly, certain elements work in certain contexts, then prove to be complete duds later on (and/or vice versa). A few more confusing sentiments to capture the confused nature of the production: it’s one-note…yet somehow all over the place, particularly tonally; it’s overly simplistic… yet also too unfocused. Just because the movie’s character arcs translate to song doesn’t necessarily mean they translate to the stage, at least in this version. Yet another notch in the belt of my theory that musicals are some of the hardest art to pull off, because they rely on so many collaborators; few jugglers are expert enough to balance so many disparate balls.

Head Over Heels bears sociopolitical merit, both for casting the first trans actor in Broadway history, and, in conjunction, for its welcome, radically-liberal (…for the Great White Way) sexual politics.  But both of these components would mean more if they were surrounded by a better package. Like…this jukebox musical “comedy” (more in intent than execution) legitimately makes no sense; what do the songs of The Go-Go’s have anything to do with an Olde English romance?! Comedies can of course be nonsensically silly, but only if their absurdity induces enough yucks to justify the inanity. Here, everything just left me dumbfounded, in that I found everything dumb as fuck. Maybe the lyrics would’ve offered some clarity…if I had actually been able to hear them, thanks to Kai Harada’s muddled sound design and Tom Kitt’s wonky orchestrations (there’s a fine line between being the hardest working man in the industry and overextending himself, and it’s beginning to show in his output; slow down, Tommy!).

Gettin’ the Band Back Together

Speaking of profoundly unfunny ventures, what’s a good term for a bad knee-slapper? A head-slapper? Welcome to Gettin’ the Band Back Together, a new musical about a bunch of…well…straight white men, all middle-aged, all in the midst of their midlife crises, who try to inject some life back into their lives by — you’ll never guess — gettin’ their high school band back together. You know how such bands can be fun for those actually in them, but they tend to induce painful nausea for the rest of us? The same can be said for this loosely-autobiographical musical venture, courtesy of a bunch of newcomers to the form. Anyone should be able to try to write a musical…but that doesn’t mean everyone can.