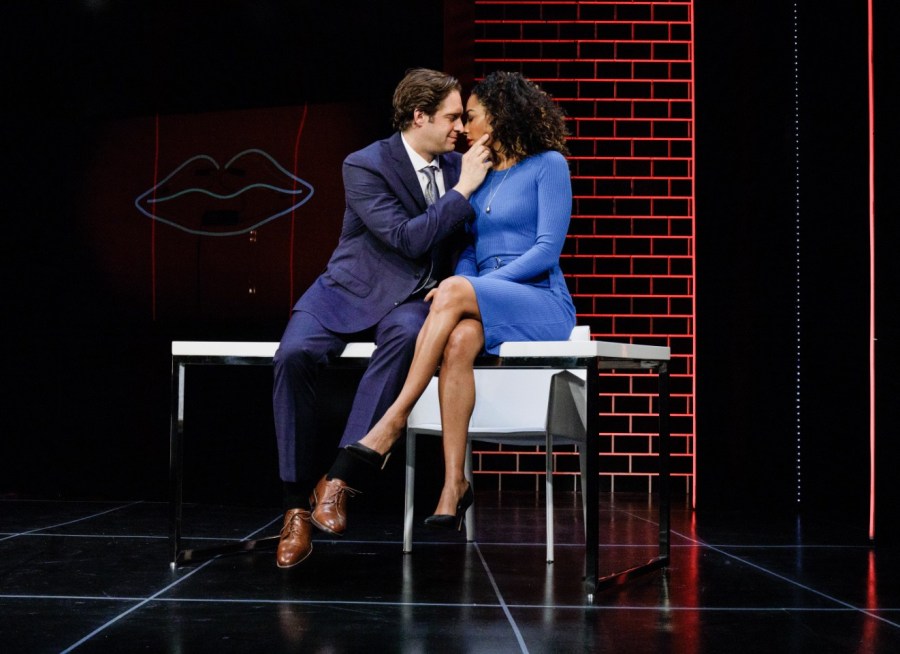 Mike Nichols cracked Neil Simon’s theatrical code by rewriting how it was staged.

He insisted that comedies induce less laughter when the actors seem aware they’re in a comedy; leaning into the material’s yucks shines too much of a spotlight on their rude mechanics — all that’s missing in this excessively-obvious approach are drum-fills and laugh-track accompaniments to the transparently-exaggerated punchlines, hindering their effect. Many of Simon’s plays haven’t aged well in less deft hands because they’re treated like the glorified sitcom scripts many historically consider them to be.

The oeuvre of A.R. Gurney, a fellow chronicler of the mores of (upper) middle-class WASPs, often suffers similar fates. Gurney never scaled Simon’s signature heights of hilarity; he was more interested in the unperturbed theatrics of the minute. But whereas Simon was a shooting star that somewhat faded in the latter half of his career, Gurney’s focus stuck with the thriving rise and prolonged fall of his specific social milieu, spanning two centuries. The magnitude of this scope is captured across the three one-act short plays compiled into Final Follies, Primary Stages’ celebration of this recently-deceased playwright, now running at the Cherry Lane Theatre.

The evening consists of the posthumous world premiere of the, sadly, aptly-titled Final Follies, followed by a return to one of his earliest plays, 1964’s The Rape of Bunny Stuntz — those familiar with Gurney’s typically light and frothy fare may be surprised by the piece’s unexpected darkness, conveyed in the title  — and the night’s second act is capped with The Love Course, from a decade later. Even though all this writing comes from different eras on either side of his sustained prime, stacking them together can’t help but illuminate connections between them; his everyday heroes and heroines find love in hopeless places, through fairly traditional dramaturgy (the pre-show soundtrack of love tunes whose release dates range from then to now stands as a testament to both the breadth of his canvass, and the timelessness of its pictures).

Instead of injecting fresh — or, first — life into these casual affairs, the whole of director David Saint’s take seems to view Gurney almost exclusively through the lens of his theatrical anthropology. In much the same manner Simon’s reputation for hysterical hijinks sets a bar of expectations that inhibits his actual expansiveness, Gurney practitioners handling his plays predominantly like historically-minded portraitures produces results that brim more with artifice than the artful truth of life. They may paint in Gurney’s bright colors, but in the blandest of stage patterns. Everything here plays into, and thus up, the natural performativity of his texts, obscuring the potential of their subdued pathos.

His actual plays are, or at least can be, more than just successive snapshots of first-world problems. All three shorts here explore how the nature of being observed alters — and reveals — the nature of being. Respectively, they touch upon the adaptability of this notoriously-conservative culture (represented by the characters’ acceptance of the sex industry); how the caricatures they project — and, ultimately, become — conceal their true characters; and the darkness brimming underneath shiny surfaces.

And yet, uncovering these subtextual diamonds requires digging through the rough of how the cast conforms to the usual theatrical superficiality of Gurney productions. This technique could be deployed to examine the shallowness of these telegraphed lifestyles, specifically the nuanced multitudes their immaculately put-together facades mask. But adhering to this fallback style head-on largely has the same results as trying to steamroll directly into Neil Simon’s humor. Comedy tends to accrue cobwebs quicker than other genres, and pigeonholing them into repeatedly stuffy corners of the annals of theatre history will only spell doom for their ever-more limited futures.

Near the end of this dramatic triptych, there’s a discussion about the romantic notion of the spiritual death; our corporeal departure is our first death, but our spirit really dies when no one remembers us anymore. Revivals like Final Follies may ostensibly continue to revive Gurney’s legacy, but their reliance on conventional aesthetics could contribute more to his death than they realize.