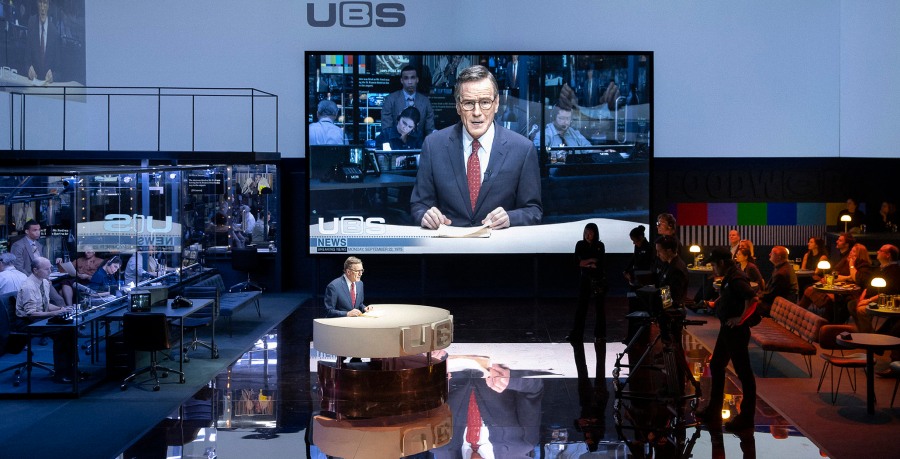 The One-Review Train pulls into its second stop: Broadway!

At this station, you get two one-reviews for the price of one, tackling two of the finest evenings the Great White has to offer in this relatively lackluster season. Never fret: the spring, as always, looks promising (and, as always, it’s obnoxious that producers stack their juiciest productions for April, preying upon Tony voters’ recency bias). Until then, you can’t do much better than these two:

Some traditions are safety nets; others push the historically-marginalized off a cliff, and are designed so that they fall through the holes.

Given a camera’s endless capacity to distort the reality its recording, theatre is commonly considered a truer art form. Documentary realism is hardly possible on the stage, yet in an age when observable facts can be technologically-altered so easily, the transparent artifice of the stage, frillslessly laid bare — even feats of spectacle rarely completely hide its strings; hey, Brecht! — can feel like a human balm in this digital age. And yet, Ivo von Hove, a card-carrying expectation-buster and perspective-alterer, shifts his deconstructing focus from our understanding of classic texts to our understanding of classic, well, reality. Utilizing the symbol of reality now — the moving image, cameras — he exposes how the traditional reality of the stage can be manipulated just as easily. All truth is fleeting in Ivo’s dramatic universe, which makes it all the more precious, and potentially devastating.