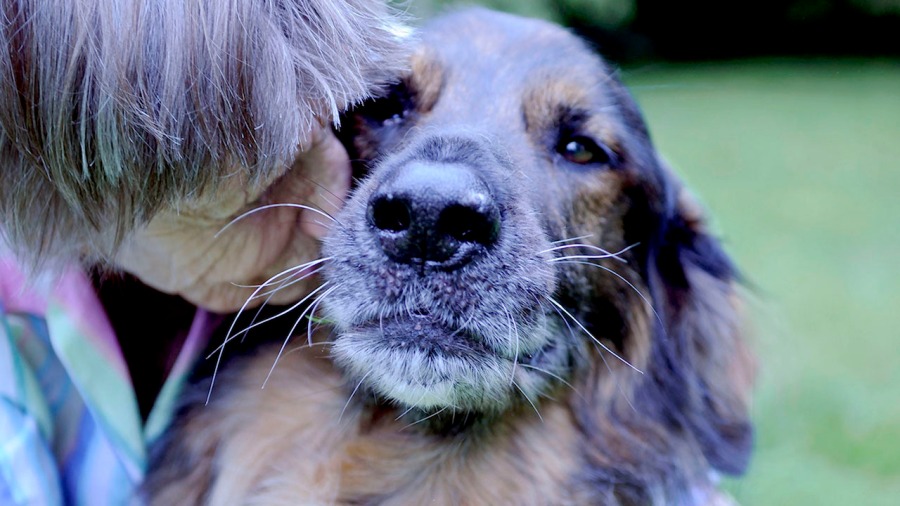 Buddy picks up where last year’s Pick of the Litter left off.

The former replaces the formulaic “contest” structure of the latter’s narrative with a softer touch, easing up on this forced approach by weaving a more naturalistic tapestry; instead of using plot to drive its observations, Buddy lets us spend time with its subjects, observing how a handful of service dogs help their hoomans, thereby allowing the documentary to touch upon the different nuances of each relationship.

Though it ditches one common documentary crutch, Buddy ends up swapping this genre convention for another: talking-head testimonials. Aphorisms like “show, don’t tell” and “a picture is worth a thousand words” are cliches for a reason. The manner in which a person relays an anecdote or insight always communicates more than is contained in their words alone, but not nearly as much as could’ve been achieved by really living with each set of paws and their pawrents, presenting a macro-view of the nature of their existences through intimate depictions of their routines. If they refused to grant the cameras that level of access, the filmmakers could’ve found a less transparently-artificial way to compensate.

Or, just do without entirely. By the end of its 86-minute runtime, Buddy feels like a short film stretched too thin into a feature-length.