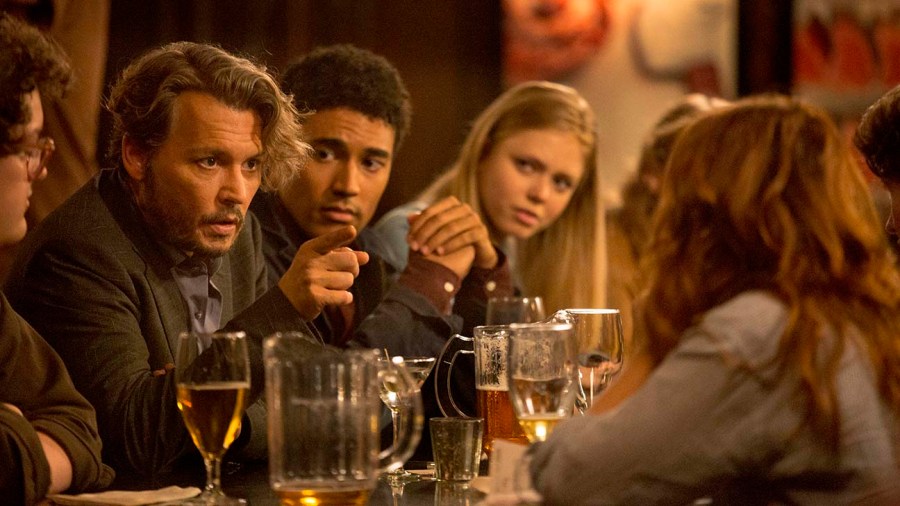 How many years has it been since we last saw Johnny Depp’s mug, up on that big screen, unvarnished underneath gobs of Hollywood effects–from practical makeup to CGI spectacle?

There’s a class of 21st century actors —  Andy! And Hardy! Just to name two — who can wield the potentially-distancing power of this technology to deepen their craft in ways unimaginable — and, frankly, impossible — for previous generations. But ever since Depp has refused to shed Jack Sparrow for other roles — even when he’s playing other roles — he’s taken a backseat to the commercial apparatuses (apparati should be a word) around and, sometimes, on his person, allowing them to do the MGM-lion’s share of the heavy lifting, all while he zombies through, seemingly lost amidst a sea of green screens and greasepaint.

With the exception of his curled bangs dangling precariously in front of his face, ever-threatening to return it to the literal obscurity it’s been hidden under for years (the fame it wrought is the opposite of obscurity), he strips such accoutrements for The Professor…but he’s still doing just as little. Maybe he’s going for deader than deadpan, but it ends up as more of a pan than anything. He’s apparently lost the ability to muster up enough energy to modify the sound of his palpable line-readings from a pitch besides a sotto mumble/grumble. Even if it’s a justifiable character choice for The Professor, it still feels like a product of an artistically-apathetic approach, a career killer even for the best of them (as is an abusive public relationship).

Then again, The Professor saddles him with excessively-familiar material, an attempt at the comedy of Male Bad Teacher that morphs into the uncynical pathos of Dead Poet’s Society (on a macabre note, Dead Poet’s Society would be an apt title for The Professor), with an inciting incident drowning in faux-sap — cancers drops all pretenses and inhibitions!; hilarity…ensues? — that serves as the centrifugal driving force for both the hijinks and the drama. But sincerity for some becomes saccharine in the clumsy hands of others.

And the yucks don’t fare much better. The movie has the sense-of-humor of an anti-PC Democrat, with an anti-feminism bent to boot (“Bad Teacher…but about a man this time!!!”). Also, is it intentionally creepy how much Odessa Young, who plays Depp’s daughter, and Zoey Deutch, his potential paramour, look alike? Judge for yourself: 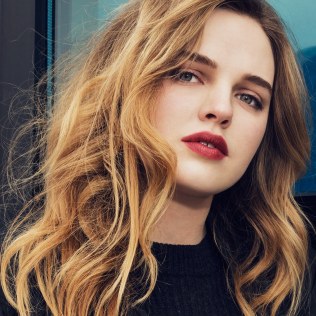 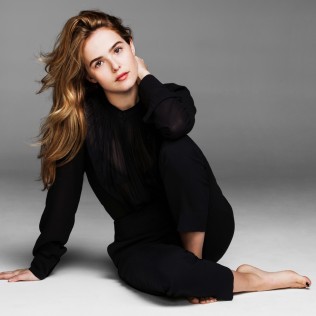