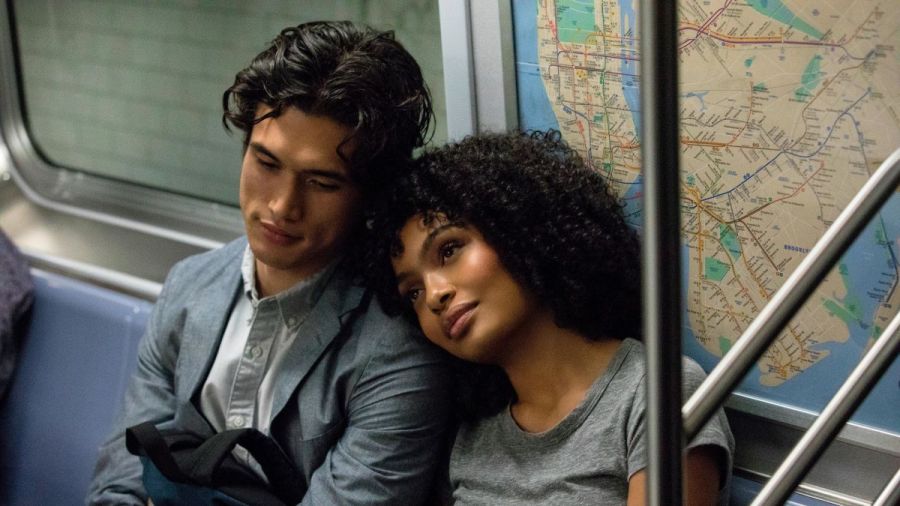 When analyzed together, a handful of movies released in May take viewers on a trek from the political to the metaphysical.

Last week, we covered how Slaughterhouse Rulez and Aniara constitute explicit AND allegorical responses — AND AND, for the latter, a response TO the response — to this generation’s prevailing existential threat (which, unfortunately, doubles as a political problem nowadays): climate change.

Environmental calamity also plays a role in Asako I & II. Unlike Aniara, the destruction of the planet is by no means this Japanese flick’s primary focus, even allegorically (still, it’s yet ANOTHER cinematic warning from a country besides America). Rather, a natural disaster acts as a turning point in the characters’ arcs; near-death experiences tend to reshape the worldviews of their almost-victims, and these evolving conceptions seem to be of more interest to Asako than the impetus of their change. But since contemporary human existence, teetering on the precipice of a global collapse, is a near-death experience, Asako I & II belongs to the same cinematic trend as Slaughterhouse Rulez and Aniara.

Oh, and did I mention it starts as a romantic comedy?

Not that anyone should be surprised by depth in a rom-com; the genre’s long-been smeared with an unfair reputation of ardent superficiality (I wonder why women-centric art would be mistakenly perceived as “ditzy”………….). Even its basest offerings — by virtue of being so steeped in human affairs — at least touch upon (sometimes by doing nothing more than reflecting) a myriad of sociopolitical issues, and the best not only flirt with these topics, but actively explore them with intellectual AND emotional heft (artistic dissertations on serious subjects often overlook the heart). Even so, such matters are commonly reserved exclusively for the subtext, and rarely drive as much of the narrative as in Asako I & II.

Another May rom-com similarly marries the genre’s customary airiness with the weight of another sociopolitical issue: immigration. The Sun Is Also a Star‘s familiarly-fluffy premise — “falling in love with someone who’s leaving in 24 hours!” — belies the substance of the set-up. Instead of that time limit being imposed by some fakakta silver-screen device, the couple’s looming separation is a product of an all-too-real governmental system, a mechanized — and weaponized — apparatus designed to divide: immigration laws.

By injecting more reality into a fantasy-prone genre, The Sun Is Also a Star comments on romantic comedy’s historical shortcomings, AND its balming powers. In the past, onscreen romances have predominantly depicted only certain demographics, ignoring plights specific to “others”. And yet, these glorified fairy tales can still do the lord’s work of convincing audiences to believe in tinseltown platitudes that can help overcome offscreen hurdles on their path to a happily-ever-after ride into the sunset, like the ones that bookend The Sun Is Also a Star.

But they’re not just any sunsets; they’re Manhattanhenge sunsets, an indication of what else is on the movie’s mind. Both The Sun Is Also a Star and A Dog’s Journey  — the final May release of the aforementioned handful — emphasize the importance of destiny in dictating our lives, a far-cry from the individualistic agency that Hollywood usually hawks. Don’t misunderstand me; they traffic in both, but fate ultimately wins the day, albeit with a little bit of elbow grease from us mere mortals. Manhattanhenge symbolizes this ideal; we may not be responsible for the natural wonders of the world — like the sun! and destiny!  — but we can frame them in such a way — as we do with man-made architecture! and our man-made actions! — as to unleash their full beauty.

But we can also waste these golden resources. Unless humanity gets its shit together ASAFP, nature that’s gorgeous to behold might become as much a mysterious vestige of the past as Stonehenge itself…