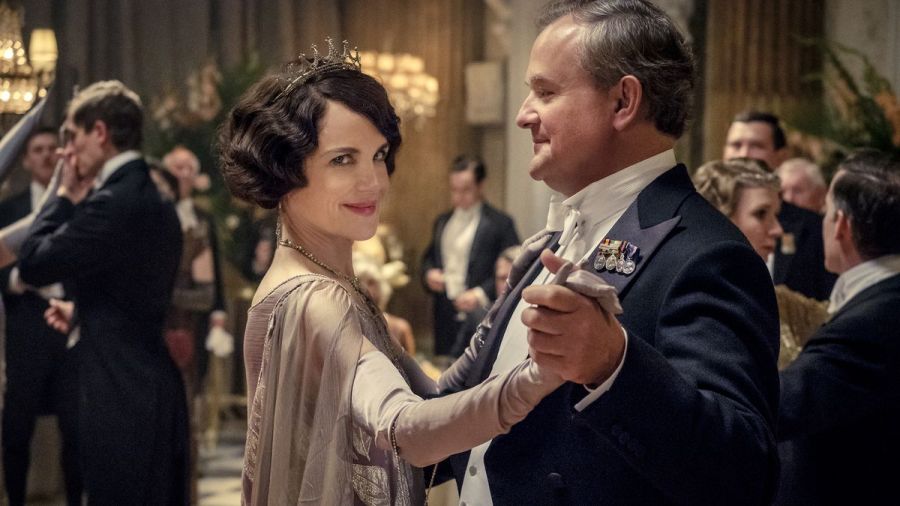 Uno: Its refreshing lack of introductory exposition, saving fans of the series from trudging through explanations of the characters, their backstories and relationships. Instead, the big-screen adaptation trusts us newbies to glean this information along the way. ARE YOU LISTENING, MARVEL?!?

Dos: the opening credits take a page out of TV’s playbook by listing the sizable main ensemble IN ALPHABETICAL ORDER, rejecting the usual vanity of ordering them in accordance with each actor’s respective fame, and/or the size of their role. In other words: a star’s name appears next to someone obscurer, and there ain’t a concluding “with” or “and” in sight (normally, the likes of Maggie Smith or Imelda Staunton would’ve received these implicitly hoity-toity designations to honor brief supporting turns). I’m aware such billing tends to be contractual, but it’s not like salaries need to be tied to a hierarchical presentation. Maybe thespians should temper their egos in the name of greater displays of equality? The powers-that-be here were probably not trying to make an idealistic statement; most likely, the decision’s a leftover boob-tube stipulation.

It’s ironic that these aristocratic Brits have a lesson to teach us Americans about cinematic egalitarianism!

But as not to sell Yanks short (Dog forbid!):

This week, I visited New York’s Film Forum to see Robert Altman’s Nashville, which ALSO HAPPENS to scroll through its substantial opening credits 100% alphabetically. Nashville’s a much more…trenchant diagnostic on class struggle, and the relative power bequeathed — or deprived — to us by the roles we’re assigned to play, but Downton at least gestures at a general awareness of such matters. Also, how about the “location as title” similarity!