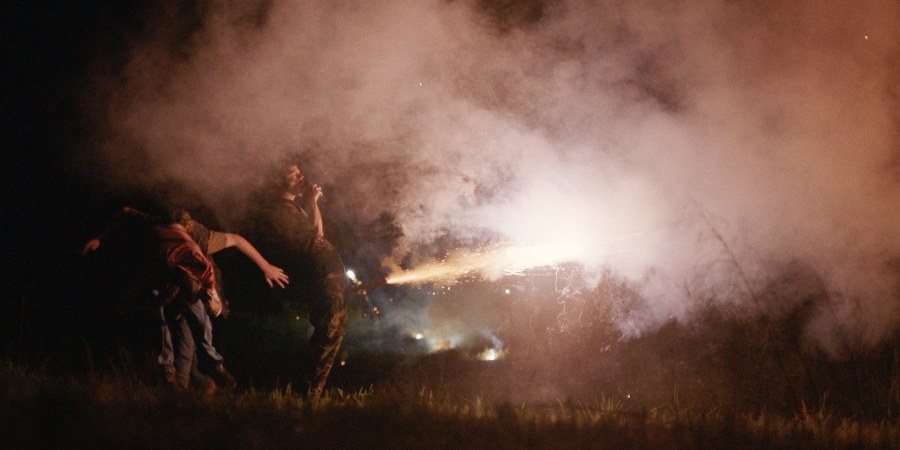 How can a movie that hinges on a horse fucking a guy to death be so…boringly conventional?

Because instead of delving into the serious dimensions of this jokey premise, The Death of Dick Long uses it merely to spruce-up a typical “bumbling dunderheads try to cover up an accidental, embarrassing murder” plot. How 2019: instead of leaning into that which refreshingly separates it from the norm, the movie shoehorns in this difference to justify regurgitating a familiar narrative structure.

Don’t think an entire flick can be devoted to intellectually examining interspecies erotica? Allow me to introduce you to Edward Albee’s The Goat, or Who Is Sylvia?, a play that approaches bestiality both as a goldmine for humor and as ample fodder for analytical exploration, relevant not only to those who lust after the four-legged (another, lesser example, also from theatre: A.R. Gurney’s Sylvia).

The Death of Dick Long flits past the reasons its protagonists engage in equestrian intercourse, literally mumbled under a character’s breath in a solitary, throwaway line of dialogue. If the movie had realized that a lunatic idea can be a potent lens through which to probe the lunacy of life we try to repress, it could’ve become a satire bursting with real insights; our relationships to pets have a lot to say regarding our intraspecies relations. It’s a reminder that often what we’d prefer to cast aside as worthy of nothing more than derisive laughter is worth more consideration, both on screen and off; art can illuminate that which most would rather ignore.

This failure to understand the potential of what it’s playing around with pervades the whole movie. Comedy for comedy’s sake can work, but it’s a higher threshold, especially when the yucks come at the expense of dumb people acting dumbly. The likes of Dumb and Dumber perform imbecility to such a ridiculous degree that you can’t help but chuckle. But The Death of Dick Long maintains a naturalistic register, a misdirection probably designed to make the ultimate reveal of the unnatural “crime” that much more hilariously shocking and shockingly hilarious. And yet, in doing so, the movie feels like it’s punching down, reveling in their idiocy. To avoid this fate, it would’ve needed to make some sort of smart commentary on — and amidst — the stupidity.

The Death of Dick Long trods new(ish) ground in one respect: the opening “Sustainable and Community Outreach producer” credit. Hollywood (and everyone else): follow suit!