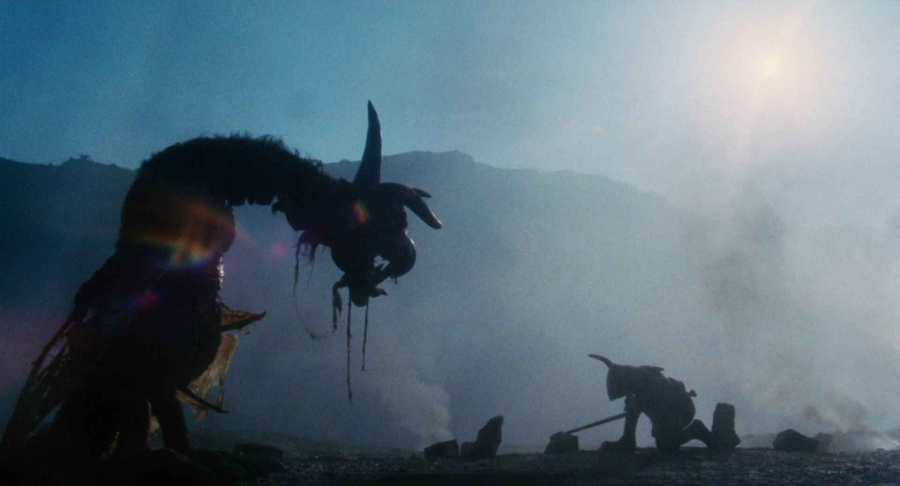 We interrupt your previously-scheduled VHS programming to bring you this breaking news concerning…more artist comps?

OK, there’s nothing breaking about it, unless you count the breaking news that I just watched Terry Gilliam’s Jabberwocky (thanks to Corona and Criterion), and I’m more in the mood today to write about what I saw yesterday than edit my pre-existing, VHS-themed writing.

So as I was saying, a new artist comp for you:

Terry Gilliam and Tim Burton were/are (but more were; more on that in a bit) contemporaneous cinematic fantasists separated by a sea.

Their movies flaunt a grim, Grimm fairy-tale style — more OG Hans Christian Andersen than Walt Disney — with handmade, rude-mechanical aesthetics, a tactility Gilliam still possesses (when he can wrangle together a budget) that latter-day CGI gobbled out of Burton’s hands.

In their weaker offerings, they’re more visualists than visual storytellers (Burton’s had the weakest, outings bereft of visual style). Most movies are in search of a look; their movies can be looks in search of a movie. Take Jabberwocky, for instance; it’s stuck in a No Man’s Land between being a Monty Python movie and a Terry Gilliam movie. But, oh, the look! Particularly the lighting! It’s a movie comprised of 24 live-action paintings per second.

And now, more on that “that” mentioned “a bit” ago: their respective 21st centuries reflect the (d)evolution of the industry; Timmy was swallowed by the machine, while Terry bristled at it, and neither have come anywhere close to their best work in years.

And now and now, back to your regularly-scheduled VHS programming…unless another topic strikes my fancy first.