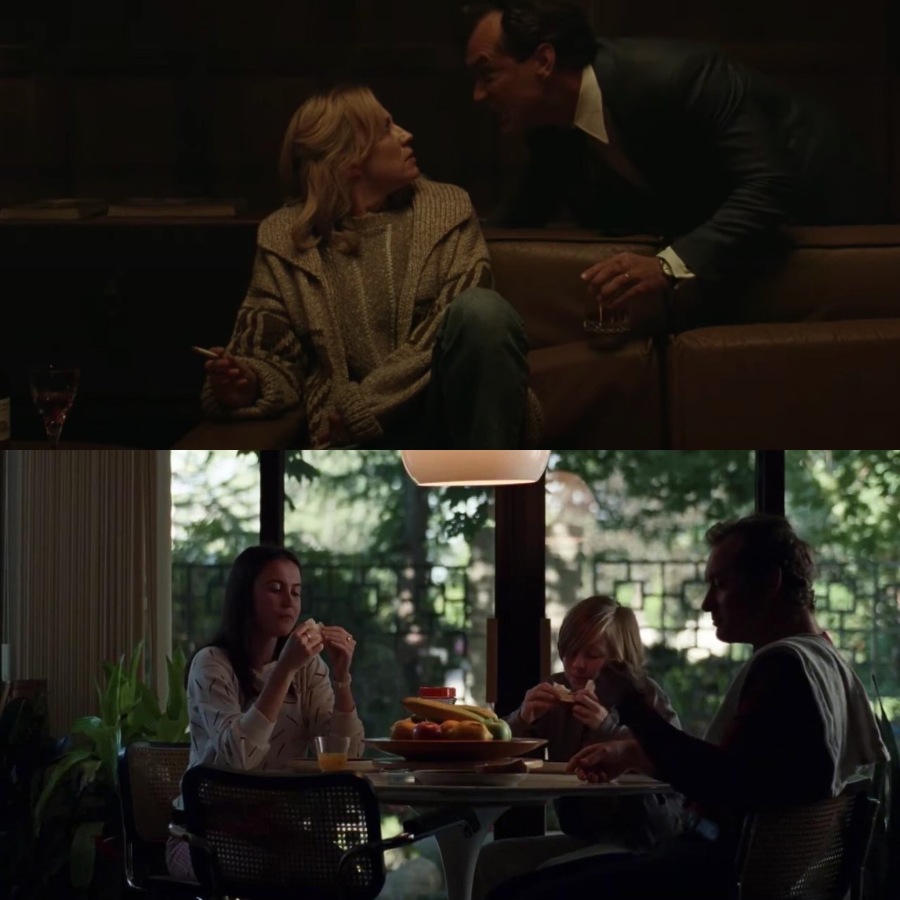 From Alfred Hitchcock, to a relationship squabble.

The subject of whether a movie agrees with the message seemingly imparted by its ending rears its questionable head yet again in a new movie, The Nest, one that ignited a fiery debate between me and the missus regarding the intended communique of its conclusion.

As previously discussed ad nauseam concerning Psycho, it can be difficult to deduce a piece of art’s true thoughts on what it depicts, even though such deductions might be key to figuring out its overall effectiveness.

Needless to specify: spoilers ahead for The Nest.

My misandrist girlfriend categorically rejected Jude Law’s apparent character transformation in the final scene, which she thinks the movie’s ultimate believability hinges upon. She flat-out didn’t buy that such a shitheel had changed at all, or even could sufficiently change in such a short amount of time to earn that seat at his family’s table.

Being my annoying self, I challenged her to consider the possibility the creative powers-that-be wanted her to have such a reaction. If we brainstorm why the source of our artistic grievances may be the result of deliberate artistic decisions, what could be the point of The Nest‘s denouement; what is it trying to say?

Perhaps we the audience are supposed to share his wife’s exhausted perspective; we’ve had enough of his bullshit, and he’s gotta get gone. He’s erred too many times, without any acknowledgement of penance due, to ever deserve another shot with his family.

And yet, maybe that’s why his children are the ones who pull out the seat for him. A scorned lover can choose to walk away, their perception permanently infected by the intimate knowledge of the other’s unforgivable misdeeds. But kids can’t choose their parents, and if their more innocent view leaves room for forgiveness, perhaps that’s the humane approach.

Granted, one potentially open to further destruction. Maybe his wife knows her hubby more than her kiddos, and as such, realizes the dangerous impact he can have on them. Ignorance can be a bliss that leads to doom and gloom. Then again, a wronged heart can be so entrenched in its negative position that she cannot see the attainable path forward for him, back to a sustainable life and family unit. Would a whole household be better than a broken one where both parties are broken and keep breaking each other evermore?

Or maybe his concluding emotional and mental breakdown we witness is his moment of change. He’s had his many layers of facade forcibly stripped away, and now, and at his weakest moment, he’s standing before his family a disheveled and discarded, but honest man for the first time, vulnerable and ready to evolve; he needed to lose everything to restart on healthy footing.

Granted, if that’s the chance his son and daughter (erroneously?) give him, then they could be setting themselves — and their mother — up for even more heartbreak and devastation, which would in fact make the ending a dismal one.

But my gal was having none of this. She cited his conversation with the taxi driver the scene prior, who told him all his personal and business woes mean nada as long as his family’s still intact. Given his subsequent humbling in front of them (after one more (final?) half-assed attempt at deception, which he doesn’t even bother to finish because he knows it’s over), she took the cabbie’s words to be the moral of the story. Yes, the movie implies this might be his first step on the road to recovery, but his family also might be his last resort, and once they help him back to his feet, he’ll return to his old ways.

She’s confident that the movie plays both sides of its mouth, and the sheer possibility of the hopeful side’s existence ruins the whole affair. Without sufficient foregrounding of his turnaround — be it through the shading of Jude Law’s performance, or script additions — any optimism even subtly suggested rings false. The movie failed to convince her that family alone would be enough for this type of shithead, and as such, he deserved to be ousted, at least until he properly exemplifies real progress.

Or, at least that would be the case, in a movie that ostensibly strives to reflect the human condition accurately.