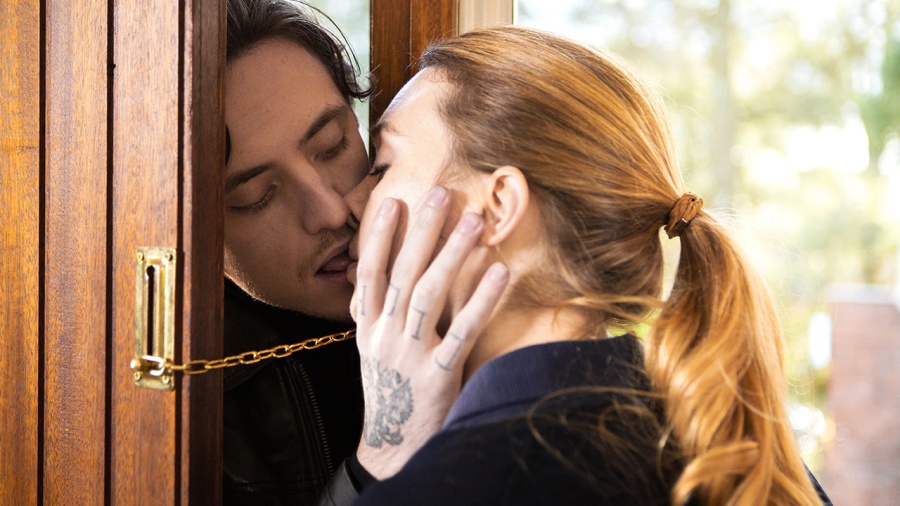 Does it make me sound like a nympho to say there’s a dearth of movies that are actually about sex?

I sense there’s this perception of American cinema as being an oversexed place. Yes, sex is definitely an underpinning of many contemporary stories (find me an era when it wasn’t). And yes, modern movies are allowed to show more sex than their forebears…

But movies that actively explore the physical component of sex? Still scant.

Not to generalize an entire nation’s worth of cinematic output, past and present…but if you told me a movie in theaters right now was about a woman who becomes so sexstruck with a paramour that her life unravels, I’d guess it was set in the City of Love.

And bless the French for this nobly ignominious tradition! Devoting a significant chunk of Simple Passion‘s 99-minute runtime to nothing more — and nothing less! — than observing the physicality of sex, the sheer act of it, and the ramifications of its lack, still strikes as fresh.

Need proof of its novelty? Then watch Simple Passion with an audience.

My screening at New York City’s Quad Cinema reminded me of The Exorcist; you know how, every time the camera ventures back down that fucking hallway to her fucked-up room, the energy in the audience noticeably shifts? That’s how Simple Passion‘s perpetual return to shtupping sequences played for my crowd. Particularly when the movie’s initially establishing the carnal depths of their relationship — crucial to the narrative! — it sure feels like damn near every other scene brings us back to their lovemaking, again and again and again and again, to the point where this inexhaustible preponderance (and their insatiable lust) became an audible running joke for my audience.

And you know what I call this sort of vocal, communal rollercoaster?