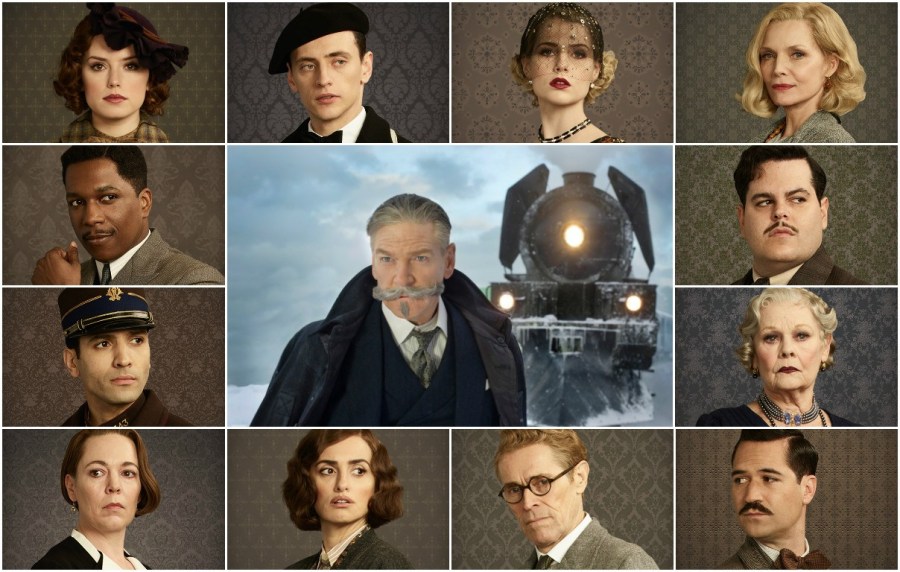 Like a true disciple of Shakespeare, Kenneth Branagh understands the crucial importance of casting every role in an ensemble with top-tier talent.

In his direction of Murder on the Orient Express, he elicits performances that impressively match the throwback vibe of his aesthetic approach, yet each still manages to bring their own brand of distinct individuality to the characters.

Let’s play a little game with this murderers’ row of a cast; find the sole actor who murders their chance of everyone receiving equally-high marks:

Kenneth Branagh: Some people would say that Kenneth Branagh should never go full Branagh. But, based on his work here, those people would be dead wrong. Sure, Sir Branagh’s outsized sensibilities harken back to a bygone era when Laurence Olivier’s theatrics needed to be seen by audiences in the balcony, which may strike some as corny nowadays. But he sincerely basks and even revels in the cheese. I mean, can there really be too much corn and cheese for a character named Hercule Poirot?

Judi Dench: As regal as ever.

Michelle Pfeiffer: Having a comeback year thanks to this and Mother!.

Willem Dafoe: Having a stellar year thanks to this and The Florida Project.

Penélope Cruz: A rare chance to witness her stretch her underutilized comedic chops.

Daisy Ridley: Once again showing she should have a career beyond a galaxy far, far away.

Johnny Depp: You may think you’ve found the murderer, but that’s probably due to how much he’s sapped his goodwill of late, due to both drama in his personal life and his recent garbage big-budget roles that demand very little acting from someone so talented. He shows here that he’s still got it, at least when asked to ham it up…which may not sound that different from a lot of his other parts, but it’s at least refreshing to be able to see his face without having to squint through excessive makeup and/or CGI.

Leslie Odom Jr.: THE MURDERER. His turn here lends support to my theory that many of the Hamilton cast members will find it difficult to scale those same performing heights again without the considerable boost of Lin Manuel-Miranda’s writing, which is more and more looking like it’s capable of elevating anyone gifted the opportunity to speak/sing his words.