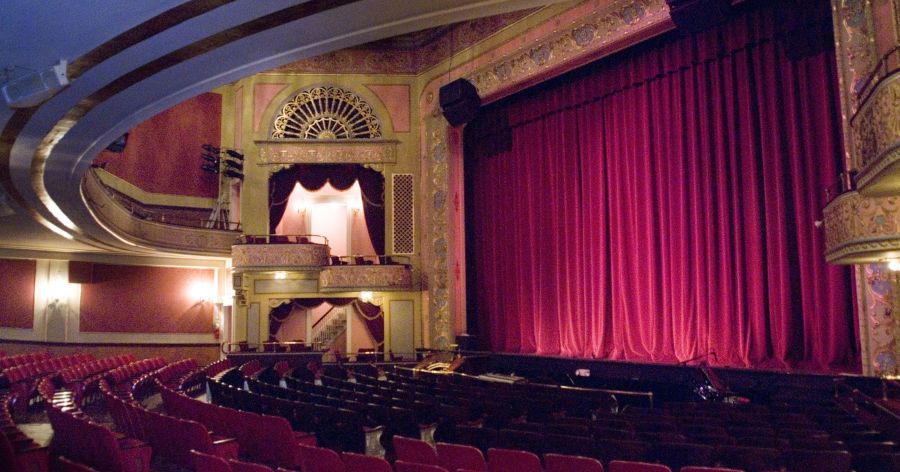 Another round of news:

HOOOOOOW is Ta-Nehisi Coates not mentioned in this headline?! One of the flat-out best writers working today taking his talents to Hollywood is a momentous occasion worth celebrating!!! https://t.co/s7YN11AjLy

Belated postscript: Kudos to Coogler for choosing a smaller but no less important story in desperate need of the attention that his Black Panther followup will undoubtedly garner.

P.S. is it odd that the Times spells spreadsheet as two words?

I’m all for the NBA abolishing conferences, but I’m not looking forward to fanbases whining about how “OUR TEAM WOULD’VE MADE THE PLAYOFFS IN THE OLD SYSTEM!!!” for years to come

The best part of 59E59’s production of BALLS (though I did find it interesting, albeit inscrutably so) are the seat coverings made to look like the real ones used in the landmark Battle of the Sexes (which is what this experimental play's about)

Some recent fire examples, both on Broadway: THE GREAT COMET and SPONGEBOB. I know off-Broadway has less money, but more should be directed towards this aim; the subconscious effect on an audience shouldn't be underestimated. People like immersive theatre for a reason!

I constantly mention the financial inviability of off-Broadway commercial productions, which is why AFTERGLOW's success should be noted, celebrated, and — if possible — emulated (easy lesson to learn: lots of nudity in a good play almost always sells) https://t.co/qAL0axZO5D

This article justifies my recent railings against new albums that lack distinct identities; they feel more like overly long collections of random songs…which can totally work with some thoughtful structuring missing in a lot of these examples https://t.co/X6QqsCa1jp

So glad EST, one of the most underrated off-Broadway institutions, will be renovating its current theater (much-needed) and building another (always welcome!). Their productions may not always be GREAT, but the plays are almost always worth engaging https://t.co/41aNihjhxc

The new digs with their added resources will hopefully — and probably? — improve the quality of the productions as well!

Here's a good article that backs up this claim, and explains why it's true (Washburn and Hunter were two of the playwrights I researched) https://t.co/oQqTeOfiiI https://t.co/iMIa9bWpW2

I must highlight this quote: “I would say as groundbreaking as Angels was, it hasn’t changed the American theatre enough. I don’t place the responsibility for that with Kushner but with…producers who don’t take the risk of leading their audiences, instead of being led by them.”

Leave it to Frances McDormand to voice the best defense of movie theaters in recent memory (it's also one of the best pre-movie ads I've ever seen) https://t.co/yej8qA4Ad9

A subtly brilliant part of this fundraising campaign by Film Forum is the implication that patrons may bump into McDormand or her hubby (half of the Coen Brothers) if they frequent the theater. SUPPORT YOUR LOCAL ART HOUSE CINEMAS!!!