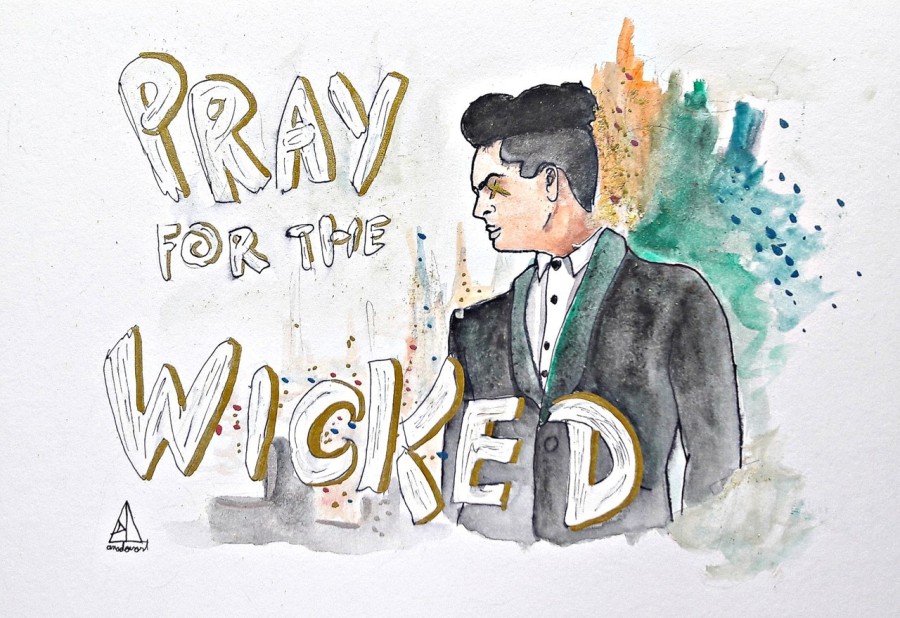 Panic! At the Disco’s Pray For The Wicked gets a big ol’ NOPE from me.

The album’s just…a lot. Some could say it’s too much…and that someone would be me. Then again, why expect subtlety from a band with an exclamation point in their name?

Arguably even more cringe-inducing than the actual music: its marketing description on Apple Music. I resent whoever tried to claim that frontman Brendon Urie’s recent stint in Broadway’s Kinky Boots somehow influenced the album’s sound.

With all due respect, kindly go fuck yourself.

Show-tunes might have a tendency to bear the same aspirations to grandiosity as this bullshit, but the former’s musical compositions also tend to be in service of the lyrics, and vice versa. Music notes of course communicate as much emotionally as the words do narratively, but most people in the audience focus on the lyrics to follow the story, all while the melodies act on them consciously (for those tuned-in to the meaningful power of tunes) and/or subconsciously.

On the other hand, Panic! At the Disco’s vocals on Pray for the Wicked are completely drowned out by the ear-splitting overproducing that turns the listening experience into an unpleasant sonic mush. Comparing it to Broadway shows a total lack of understanding of the form.

From the music to how its being sold, Pray for the Wicked cements itself as a major contender for my least favorite album of the year.