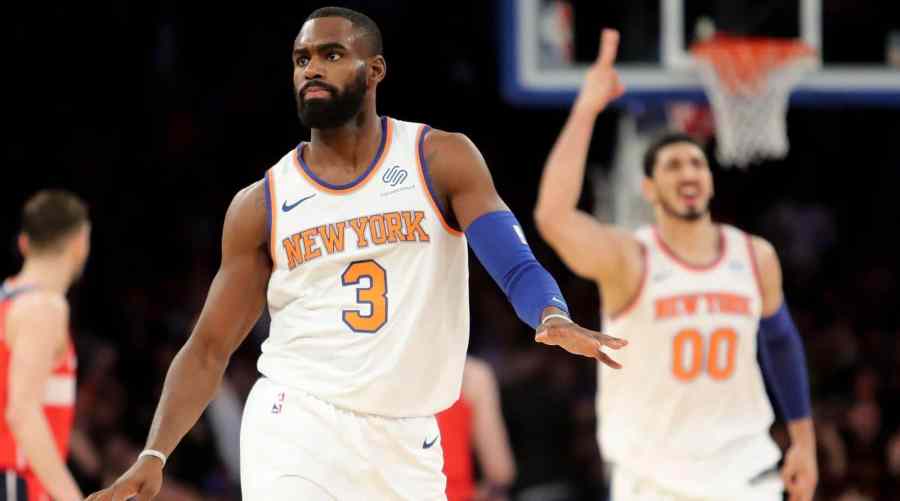 WHY THE FUCK DO THE FUCKING NEW YORK KNICKERFUCKERS KEEP FUCKING WINNING?!?!

I know, I know, it’s early…but like…WE’RE ONE GAME OUT OF THE GODDAMN PLAYOFFS!!!

For decades, we’ve royally fucked ourselves by not winning games; now, when it’s finally imperative we do just that, we’re fucking ourselves even harder by not losing games.

Seriously, if we’re in sniffing distance of the 8th seed by the time KP could return, I might just retire my Bockdom then and there. As much as everyone can claim that playoff reps will be good for the young’uns, is rushing KP back — potentially at the expense of his rehabilitating body — just to get swept in the first round more desirable than landing one of the Duke triumvirate?!

Did you watch that rout of a blow-out the other night? WE NEED ONE OF THEM! Is the NBA really going to let someone named Zion play anywhere BESIDES Jew York City?! Where’s David Stern and his frozen envelope when you need them?!?!?!?!

I’m not saying the players nor coach should go out there and try to lose. And hiring Fizdale was not a mistake; we hired him to win games (down the road), and he seems particularly adept at doing just that. Yay!

The solution to the current predicament posed by our winning ways: trade Hardaway and Kanter, the two guys helping us win the most, the two guys in their primes who will be WAAAASHED by the time the Bockers are actually relevant. Like, they need to go, RIGHT. NOW. And their price won’t be steep BY. ANY. MEANS; I want nothing back for Hardaway except getting out from under his bloated contract, and maybe a contending team on a playoff push will part with a long-shot young asset (and a useless veteran to make the money, and our tank, work) in exchange for Kanter’s season-capped services.

Sure, we’ve only lost to some of the worst teams in the league, which you’d think would be the most forgivable. In fact, it’s the opposite; they’re our tanking competition! It’s actually most important to lose to them!

Also, and, finally, just, like, for the record, the Cavs should not be allowed to win the lottery for the fifth time THIS CENTURY.

That’s more wins than the Knicks have this season.