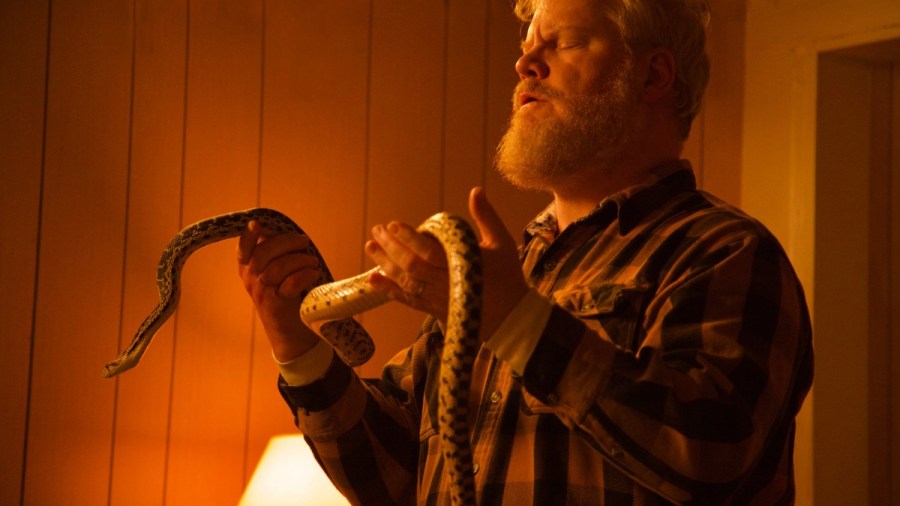 More like Them’s THAT hollow, and artistically fallow, amirite???

Have you ever watched a movie that felt like nothing more than images flickering by on a screen in front of you — in one eye and out the other, if you will? If you haven’t had the displeasure — and are a curious masochist, I guess? — then get thee to Them That Follow.

But if you’re already familiar with the feeling, then you probably know to stay away.

It’s like an unaffecting, ineffective Martha Marcy May Marlene, set in a feckless, limp, American version of Midsommar’s village.

I suppose this is as good — err…bad? — a time as any to play a round of Thespian Thoughts:

Them That Follow + Being Frank = 2019’s the year Jim Gaffigan gave dramatic acting a try.

And I do mean try.

The last Walton Goggins (no joke, I thought his name was Walter until [checks watch] this very moment) movie worthy of his particular set of skills waaaaaas … The Hateful Eight? That’s four years ago! Since then:

(oh, and bunch of small screen shit, WHICH WRITE ALL NITE DOES NOT RECOGNIZE)

I mean, make that paper, Goggy, but casters need to do better by him.

When the follow-up (for her: Them That Follow; for him: Beautiful Boy…which she’s coincidentally in!) to a breakthrough (Booksmart for her; Call Me By Your Name for him) is M-A-N-N-E-R-E-D to a grating degree.

Exhibit A (for her): the awkwardly-protracted reaction shot of her clearly-feigned S-H-O-C-K (you’ll know the one if you see the movie…and hopefully that’s an if as big and unsubtle as her displays of emotion).

Olivia Colman (yes, last year’s Oscar winner; let’s just say Them That Follow will contend for 2019’s Marvel Award for Hamstrung Ensemble) pulls the opposite; there’s a chameleon of difference between her work here and The Favourite.

P.S. Them That Follow’s the second 2019 movie — along with Firecrackers — to end with two young leads driving away from a repressive town on a road towards a brighter future.