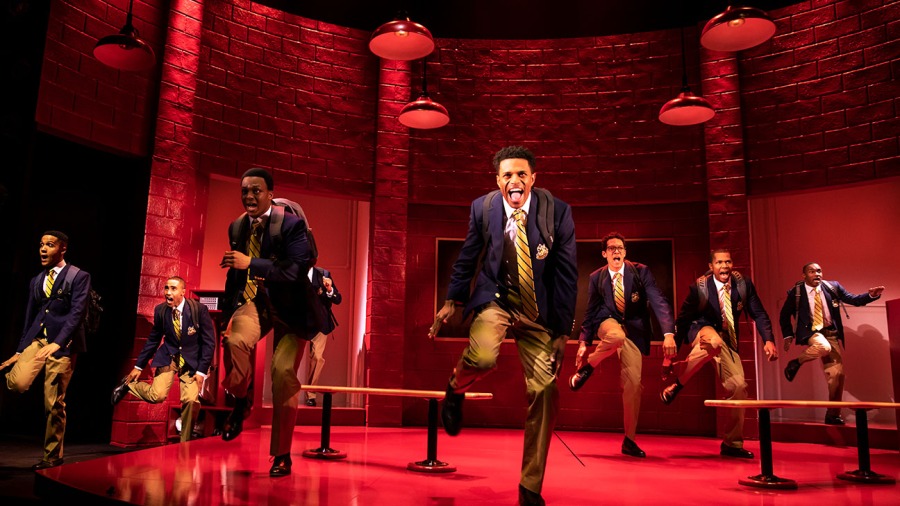 Wasn’t it nominated for Best Play?

Yes. Yes, it was. Because the Tony Awards cling to traditional definitions of form.

The relevant question to ask concerning Tarell Alvin McCraney’s exceptional work: where’s the line between a musical and a play with music?

Like, what’s the difference between the two? In plays, actors talk to each other on a stage. In musicals, sometimes they sing.

Sure, a play with one or two songs can be considered a play with music. But Choir Boy has an extended song-and-dance number between damn near every scene! They’re not original songs…but guess what: nor are The Cher Show‘s. Same with Head Over Heels.  And Ain’t Too Proud. All of which competed in musical categories. Ever heard of a jukebox musical?

Oh, and did I mention Choir Boy‘s (expert) ensemble — OR SHOULD I SAY CHORUS!!! — sing each and every song! Yes, the dialogue scenes are a hell of a lot longer than these musical transitions, but the songs are still an important engine of the storytelling, commenting on the action throughout, albeit less overtly than usual tuners.

And that’s my problem. Why should we cling to increasingly-archaic notions of what a musical should be? As cutting-edge artists continue to experiment with this most American of artistic traditions (our relatively-infant nation can’t lay claim to much, but we’ve got something here!), they’ll inevitably deviate from conventional conceptions.

The argument against designating Choir Boy as a musical is that it’s not structured around the songs — they’re complements to the action, not the primary means of communication. But that puts a premium on obviousness, which more musicals would be wise to avoid, for fear of conforming to the masses’ reductive — and, frankly, negative — perception of musicals.

And the Tony Awards are basically the only institution that can lead the way, since a lot of people use the telecast as their sole window into the going-ons of the industry. Since audiences gravitate towards musicals, nominating Choir Boy as one would immediately boost interest, providing it with a platform rarely attained by celebrity-less plays not named Harry Potter (or insert any other familiar IP here). And if Choir Boy had actually WON? Oh, boy! It’s the most financially-lucrative award in theatre! Tours and regional productions galore!

So let’s recap. Deeming Choir Boy a musical could’ve: raised its profile, thus making it more successful, thus inspiring future shows to similarly innovate. And who doesn’t want more innovation on the Great White Way? Expanding the bounds of this notoriously-retrograde medium will allow it to thrive with the times, diminishing its regressive, stuffy, and outdated reputation.