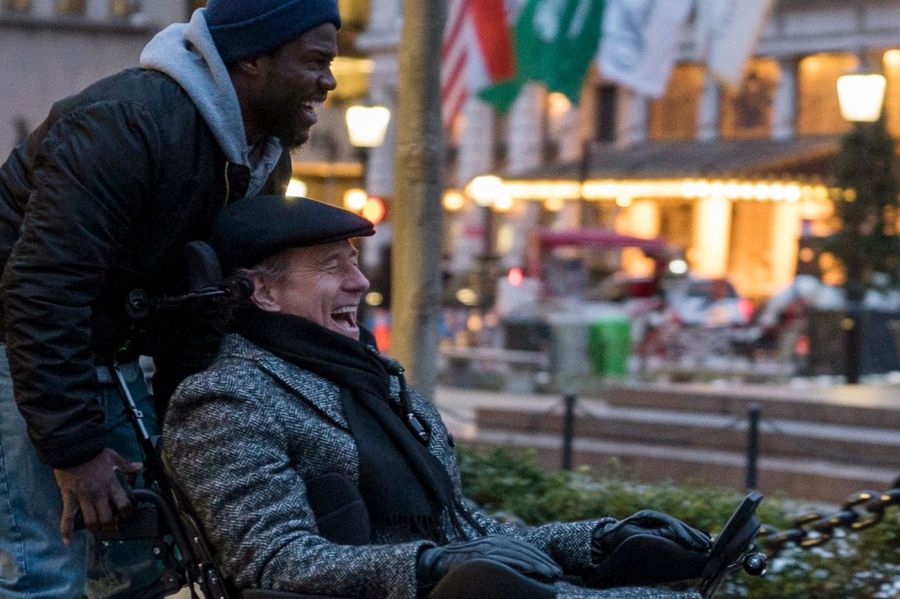 In addition to the obvious surface similarities, they even share problematic creators and odd, troubling racial politics! Even though Green Book boasts superior performances (but not AS superior as Viggo and Mahershala’s newly-minted Academy Award nominations would have you believe), at least The Upside doesn’t take its ridiculousness so damn seriously.

Both are the equivalent of 2007’s widely-derided The Bucket List, and not only because it shares a skydiving scene with The Upside. (shoutout Rob Reiner; let’s compare the peak decade of his directorial career — which included This Is Spinal Tap, Stand By Me, The Princess Bride, When Harry Met Sally…, Misery, A Few Good Men, and The American President, 10 years of output that can stack up with anyone else’s in the history of the medium — to his work since The Bucket List: Flipped, The Magic of Belle Isle, And So It Goes, Being Charlie, LBJ, and Shock and Awe; yikes, how the mighty have fallen).

Nothing in Green Book and The Upside can compete with the joy of witnessing the likes of Jack Nicholson and Morgan Freeman casually revel it up in their twilight years.

Speaking of Jack, true story: The Bucket List was his final lead performance! His last movie (for now…hopefully? Though it sounds like his health will keep him from rejoining the fray for the foreseeable future) is James L. Brooks’ forgettable dramedy How Do You Know (Reese Witherspoon, Paul Rudd, Owen Wilson — ringing any bells? No? Thus: forgettable), a blown opportunity to secure Jack an Oscar nomination this decade (what are the chances he wanted to support his longtime collaborator by agreeing to play a supporting role in such drivel because Brooksy wrote two of Jack’s three Academy Award-winning parts?).

One more true story: Jack was nominated for an Oscar in every decade his wonderful mug appeared on the big screen more than three times, from the 1960s straight through the new millennium.

Hot damn, how about that!